The film, which co-stars Colin Farrell, reveals how the movie mogul tried to convince Mary Poppins creator PL Travers (played by Emma Thompson) to let him adapt her novel for the big screen.

In an interview with Access Hollywood Hanks said that it was important to him to capture Walt Disney's distinctive look.

"It had to have a certain amount of skin between the moustache and the bottom of my nose.

He added: "The creative team [had] close-up, blown-up like spy photographs of Walt Disney's face with arrows and measurements and graphics.

"Like a scale of hair-per-centimetre kind of thing. It was a very important moustache.

"It was the most analysed, discussed [moustache], short of getting memos from upstairs in Disney. This was the most important moustache in the history of mankind!"

However he joked that his wife Rita Wilson wasn't as much of an enthusiast: "She put up with it!" 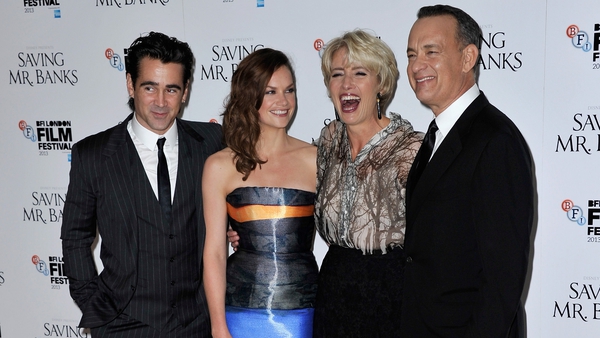