Speaking to us this afternoon, the delighted actor, who plays Elmo in the hit crime drama, said: “I’ve a six and a half year old, Oran and I’ve one on the way.

“[The] baby's due in March so there’s two Love/Hate babies on the way!”

They have a little pre-Christmas break to look forward to as well: "We’re heading to Vegas in December for my best mates wedding!”

However before that, he has the Love/Hate series four finale to look forward to this Sunday night – something he has mixed feelings about.

“I’m really excited about this week's episode because we’ve filmed so much that I haven’t seen yet and I know it's for this week. I keep going how are they going to fit it all in?

“So I’m really excited about this week but I’m sad that it's over because it’s normally this time every year that we [Love/Hate] starts [on RTÉ One] so it’s ending where it started last year so it’s a little bit sad.”

Watch Love/Hate this Sunday November 10 on RTÉ One at 9.30pm.

“We knew it had been so fast paced the last few years, we knew it had to slow down at some point and in doing that its allowed the show to breathe this year.

“I think its still been as strong, its one of my favourite years. I think there’s more depth to the characters, there’s something really strong about this year, particularly last weeks episode, episode 5, I just loved.”

There’s no place like home for Kinlan and that’s where he’ll be on Sunday night: “I’m going to watch it at home - there’s no one disturbing you, I put my phone on silent and I just sit and really enjoy it because its been really amazing and I don’t want to be disturbed.”

However he won’t be alone: “My wife and my son [will be there but] he’ll be asleep. Sometimes I let him watch little bits that not violent, he’s six and a half, he’s very young, he shouldn’t be watching any of it but I let him watch some things where I’m on screen where we are not saying bad words or seeing any guns or whatever.” 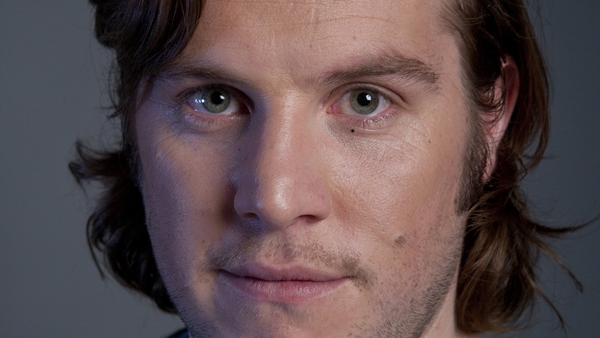