RTÉ has decided to retain the same mentoring procedure for next year's Eurovision Song Contest and has appointed five new Eurosong 2014 mentors in the search for a winning Irish song.

RTÉ says that in the coming months the mentors "will source songs and singers who, in their view, should compete to best represent the country" at the Eurovision Song Contest in Copenhagen next May.

Mentors must submit details of their act and song to RTÉ by January 3, 2014 and recorded versions of the song should be submitted to RTÉ by February 3 2014.

Details of the five acts and songs will be announced in the New Year and the mentors' five chosen songs will be performed for the first time by their acts on The Late Late Show Eurosong 2014 on February 28, 2014.

The winner will once again be decided by a combination of public vote and regional jury.

The Semi-Finals of the 59th Eurovision Song Contest are set to take place on Tuesday May 6 and Thursday May 8 in Copenhagen. The Final is scheduled for Saturday, May 10.

Billy McGuinness: "Normally I wouldn't have had the time to be involved as a mentor for Eurovision, but with Aslan on a break I feel I can commit myself to finding a great song and singer to represent Ireland. If there are songwriters out there who want to send me songs please email: billymcguinness@gmail.com."

Hazel Kaneswaran: "I am really looking forward to mentoring my act for the Eurosong. I've always loved the Eurovision Song contest ever since I fell in love with Johnny Logan as a young child! Every year the Eurovision winner is different, so it's hard to know what the public want but I'll give it my best shot. Artists and songwriters can contact me by clicking on: www.hazelkaneswaran.ie.

Cormac Battle: "I thought they were joking when they asked me to be a mentor for Eurosong 2014 but on reflection I have been heavily involved in the music making process for a long time albeit in a different sphere - so why not? A brilliant song is a brilliant song no matter what. And this is one of the most exciting and challenging projects I have ever taken on. I am in it to win it. If anyone would like to contact me please email: eurobattle@rte.ie."

Valerie Roe: "Music is my first love and my vision for Ireland this year is to go back to our roots with a powerful song and an exceptional singer with strong production and the inimitable artistic style that Ireland is famed for worldwide. Artists and songwriters can contact me via my email: valerie@valerieroe.com."

Mark Murphy: "I got involved to find a great song and singer to represent Ireland. I feel there is so much musical talent out there that it's the right time to get involved and find the perfect song for Eurovision. I would love to hear from songwriters and artists and they can contact me via email: markmurphyeurosong@gmail.com."

RTÉ Eurovision Co-ordinator Michael Kealy said: "RTÉ wanted to again offer the Irish public a say in deciding who Ireland's Eurovision entry should be. We felt the last year's mentoring process was successful in delivering five strong acts which could represent Ireland.

"The five mentors this year represent a wide range of experience and talent and the songs and acts they choose will deliver a very thrilling and energetic Eurosong final in February.” 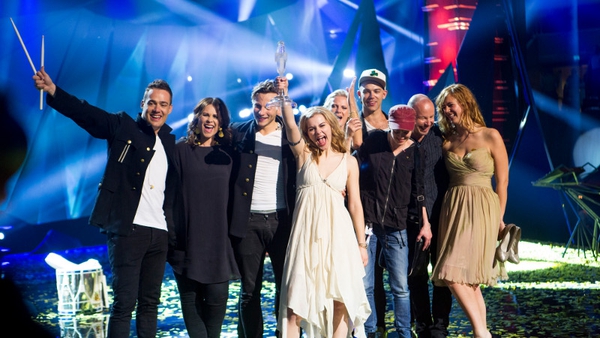