Tonight on RTÉ 2fm Dave Fanning will broadcast an hour from the Philip Chevron Tribute Show featuring dozens of Irish musicians, MC'd by Aidan Gillen, which took place in the Olympia in Dublin in August.

Founding member of Radiators from Space and The Pogues guitarist, Mr Chevron, 56, passed away earlier this month on October 8 after a battle with cancer.

Speaking to RTÉ TEN about the talented musician, Fanning said: "Philip was a true gentleman and a legend – we’ll all miss him but this show was a great boost for him in the weeks leading up to his death."

The concert took place on August 24 and the full three-hour event was broadcast live on the night on 2XM and included performances from Luka Bloom, the Horslips, Roddy Doyle, Shane MacGowan, Damien Dempsey and Hothouse Flowers to name but a few.

Chevron himself, surrounded by family and friends, spoke briefly from the stage on the night.

Listen in to the one-hour excerpt from the show tonight, Thursday October 17, on 2fm, 90 to 92fm at 9pm or via the RTÉ Radio Player here www.rte.ie/radioplayer

For further info on The Dave Fanning Show click here 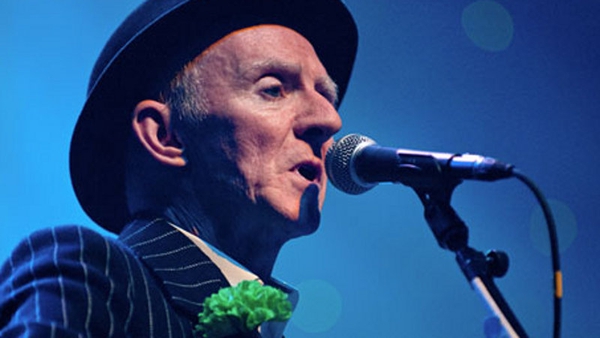