The winner of RTÉ One's summer TV show The Hit, Finbar Furey is "bowled over" by the response to his winning song, voted the Ultimate Hit by viewers.

After reaching the top spot, Gerry Fleming's The Last Great Love Song is still riding high in the Irish charts at number three after Katy Perry's Roar and Avicii's Wake Me Up.

Speaking to RTÉ TEN today Furey, said: "I am bowled over by the response to the song. I have been getting messages from all over the place.

"People have been phoning me non-stop. All the pipers clubs have got in touch, people like Tommy Fagan in Newry. And then Gerry Kelly from Belfast got in touch – he thought it was a great show, a breath of fresh air, he says something as important as this hasn’t happened in Irish music for a long time."

RTÉ 2fm's Larry Gogan told TEN: "It's fantastic to see Finbar Furey in the charts – I've always been a big fan and it's great too for 2fm because we really got behind The Hit. It's fantastic that so many new songwriters have come to the fore."

Furey previously enjoyed enormous chart success with hits When you Were Sweet 16, which topped the charts for 28 weeks and The Green Fields of France (26 weeks).

He explained why he thinks The Last Great Love Song is so popular: "I think the song is special because it pulled traditional and contemporary music together...What I love about the song is that it can be sung by woman or man.

"It's like The First Time Ever I Saw Your Face – it could be either gender and that is precious, there are not many songs like that out there. This song can be shared and sang together and it has a meaning for everyone."

Furey revealed what happened backstage after he was crowned as The Hit winner: "The great thing on the last night of the series was that the best song won and no one minded who won.

"The rest of the lads were all great craic - after the show we were all jammed into the 2fm studio in the O2 [Arena, Dublin] with Jenny Greene and fighting over four mics. It reminded me of the Beatles, and then we all sang the song together!"

Watch the behind the scenes video here: 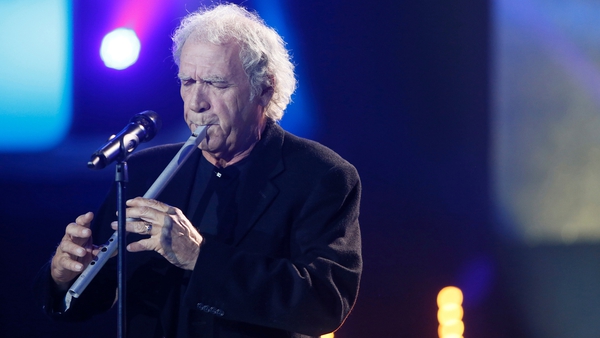