Cavan band The Strypes have made their feelings clear on boy band One Direction, branding them "manufactured candy floss pop."

"That whole manufactured side of music can't do any good," said Strypes' guitarist Josh McClorey. "It's a business. The people in those boybands or X Factor groups have no creative control, have no input. It's just a corporate thing. We're quite out of touch with it."

Drummer Evan Walsh added, "One Direction are the latest in a long line. You get the tabloids singing their praises and there's this ridiculous statement that they're the new Beatles but in the seventies it was The Bay City Rollers, in the eighties it was Bros, in the nineties it was New Kids on The Block and now it's One Direction. There's always been that candy floss pop."

"They're purely just faces," said bassist and haromonica player Peter O'Hanlon. "Their music, if you can call it music, has been done for them. That is not what we do."

The Strypes are currently recording their debut album with Chris Thomas who helped produce and played on The Beatles' White Album, and who also worked with Pink Floyd and produced The Sex Pistols' landmark album Never Mind The Bollocks.

You can watch The Strypes perform live on the extended live edition of Later . . . with Jools Holland tonight on BBC Two at 11.05. 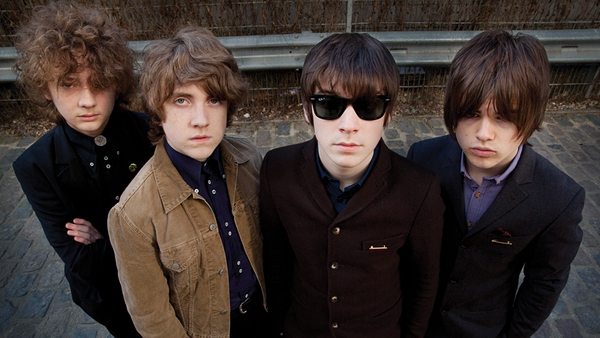