The Italian composer who won an Oscar for his work on Atonement and has been nominated for Anna Karenina will conduct the RTÉ Concert Orchestra this evening in Dublin’s National Concert Hall.

Marianelli told RTÉ Ten what the audience can look forward to: "I hope an enjoyable evening with a great orchestra playing suites from my three Oscar-nominated scores (Pride and Prejudice, Atonement and Anna Karenina) plus a suite from The Brothers Grimm, perhaps the craziest movie I have ever worked on.

"I will introduce each piece, trying to put them in the context of my career, and I have dug out of my archives two or three little excerpts from my Irish movies, including the very first piece of music I have ever written for a film.

"I am looking forward to it!"

The newly-appointed Artist in Residence with the RTÉ Concert Orchestra, Brian Byrne, also paid tribute to the composer: “Dario is as good as it gets, he’s a great composer, he’s the young blood in Hollywood.

“Atonement is a great score, he’s very versatile as well and he’s a very nice guy. I think it’s great, it’s a testament to the orchestra that he wants to come back and work with them.”

For further information on tonight’s concert with the RTÉ Concert Orchestra in the National Concert Hall to celebrate the music of Dario Marianelli, click here

Read the full feature with Brian Byrne here where he walks about working with Barbra Streisand, his Golden Globe nomination for Albert Nobbs and the RTÉ CO. 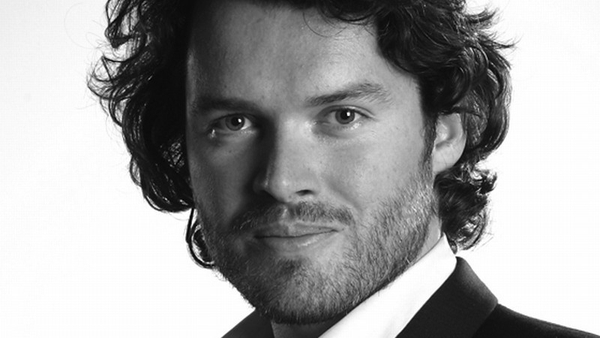 Byrne: Streisand was "tough, but great"