Noel Gallagher talks to Alan Corr about touring solo, Oasis, The Stone Roses and why he's due a very long break

It is the early evening of hiss gig last August in support of Kasabian and sunlight streams through tall, leaded windows while outside, we can hear The Cribs up on stage playing another one of their energetic shows.

Lying on the table in front of Noel is his set list for tonight’s gig with his new band, High Flying Birds. Don’t Look Back in Anger, Talk Tonight, Supersonic . . . that’s a lot of songs by your old band, I remark.

“Well, they are my songs,” he says without raising a famous eyebrow.

This is Noel Gallagher 2012, three years after finally, and with great relief, walking out of Oasis and one year after releasing a debut solo album which has pretty much reaffirmed him as one of the most successful and possibly important British rock stars of the past twenty years.

“Apart from Robbie Williams after Take That, I can’t think of any other bloke who’s been in a big band and gone solo and had this kind of success,” he says without any degree of smugness because smugness is not a natural condition for a working class lad.

“It’s phenomenal. The album is back in the top ten at the moment. I guess setting out to do this I didn’t have any preconceptions of what I was going to do. It’s just going to make my life very difficult the next time – how do I top this?

“Then again,” Gallagher adds, and this time the famous eyebrow does do an imperious arch, “I was also thinking, the more successful it is the more time off I’m going to have. Hahaha.”

You may have heard it before, but Noel Gallagher is very good company and not even a power cut later that evening during his set can dampen his spirits. The Marlay gig is his fourth visit to Ireland this year. “Yeah, four. I don’t know why I came back for the fourth time. Somebody thinks it’s a good idea,” he says. “The Olympia, The o2, Red Hot Chili Peppers and Belfast and now this – actually, five times. Someone’s obviously buying it. Hahahaha.”

It must be good to have no one to answer to and no one to answer him back. Noel may perform Oasis songs as a solo act now but does he have a favourite song by Beady Eye? “The Roller. I think their album is pretty good to be honest. They’re fantastic musicians. They’re only one hit single away from outselling The Arctic Monkeys, do you know what I mean?

"They’ve sold 10,000 less, so I’m told, but I think they’ve done alright but it’s evident that I’m the one who wrote all the singles in Oasis before we split so it’s evident that somebody in that group has got to step up and write some singles. But it’s good for a first album. it’s not as good as my first album though.”

Quite. It’s far too soon to discuss a possible Oasis reunion but there is another Manchester band who defied all expectations and reformed this year and Gallagher would have seen The Stone Roses’ reunion at very close quarters. Given that Oasis took the Roses’ look and attitude and achieved what they never did, it puts him an interesting position to comment but was it all just about the money with The Roses' reunion?

“I don’t know,” he says. “Money plans a big part in those things but I will say this - I’ve never seen them so happy, individually or as a group and I’ve known them for the best part of twenty years. My dressing room was beside them and I was hanging out with them a bit and I’ve never seen John Squire, ever, so animated. Mani and Ian are the two most animated in the band but John and Reni I’ve never seen so happy. If they make another record, great. I know they’ve signed a deal but whether they do, I don’t know.

"As for money, you have to be take an interest in the business side of things when you're in this industry. All the records and the videos for my solo stuff cost about two and a bit million and then you have to pay everybody on the tour so that’s a couple of million out of my kids' inheritance . . . don’t tell them that hahahahaha.”

So when he’s a man of leisure at home, what does he do? “I write . . . well when I say I write, I don’t have a special room where I go. I don’t go to write anywhere. I get up with the kids in the morning, see them off to school, I’ve got a gym in the house so I might go to the gym, appease the wife and then . . . I really enjoy doing nothing. I’ll read the papers on the internet.

“I don’t watch TV but if I’ve taped anything I might watch it. Whatever’s going on, I’ll just deal with it and if not, I just do nothing. When I get off this tour, I’m having a massive party in London so I will be out of the game for a couple of days and then I’ll look at football fixtures and plan the rest of the season. I won’t be working for a long time after this tour.” 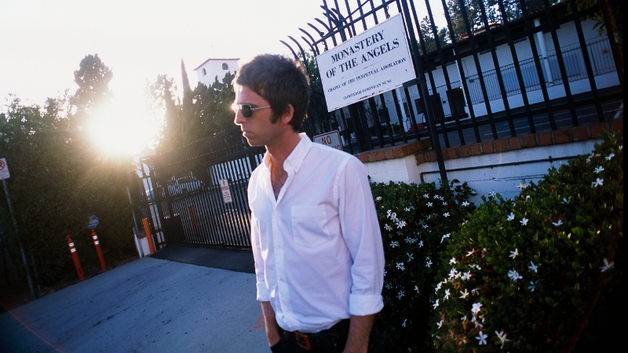 "It’s evident that I’m the one who wrote all the singles in Oasis before we split."

Gallagher's plans for a more electronic album with Amorphous Androgynous have been scrapped (“It didn’t sound great.”) but he has just released a double DVD set called International Magic Live at The o2 featuring a live set at London’s o2 from earlier this year. Disc two features an acoustic set by at The Mod Club Toronto, the Ride The Tiger video trilog, and footage from the NME Awards.

Gallagher’s own stage time at Marlay is due and as it picks up that set list, I ask him what’s it like playing Oasis songs without Liam or anyone from the "old band"? “It’s great. I only do the ones that suit me. I wouldn’t do Rock `n’ Roll Star or any of those,” he says. “They belong to a different era. I don’t really think about it.

“When I started out touring solo I thought I’m not going to get out of the building without doing Don’t Look Back in Anger so I gotta do that and then my whole entire repertoire thus far, including b-sides, clocks in at about an hour and I’m contracted to play for an hour and forty minutes so I have to thrown some Oasis songs in.

“The next time I go out on tour, whenever that is, I won’t be doing that many Oasis songs because I’ll have all this album to play and all the next album so this is only for now. I have no problem playing Oasis songs – they’re my songs and I’m proud of `em.”

International Magic Live at the O2 is out now 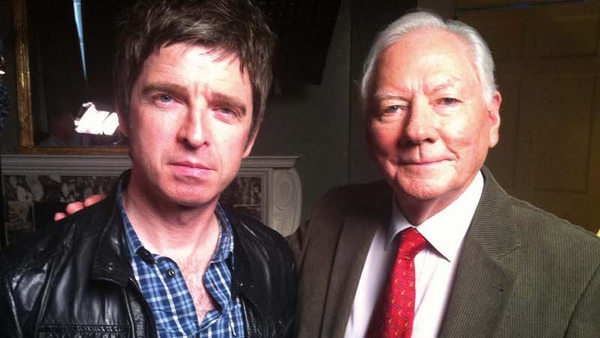 Noel talks to Gay about Liam, faith and drugs