Dublin trio The Script have teamed up with will.i.am on their new single Hall of Fame which is released on August 31.

Taken from the band’s new album #3 (due September 7), the track was produced by band members Danny O’Donoghue and Mark Sheehan with fellow Irish producer Jimbo Barry also on production duties. Hall of Fame was mixed by Mark ‘Spike’ Stent who has previously worked with Coldplay, Muse, Oasis, and No Doubt.

"I played Will a few demos backstage early on in The Voice," O'Donoghue told The Sun."We got to Hall Of Fame and he immediately asked if he could have it for his new album, as it was exactly what he was looking for. I wasn't having it, it was our lead single but I asked if he'd be on it.

"He agreed and we booked in time to record it. The problem is, he's either late or completely flakes, so it took four attempts to get him to record his part.

"Eventually we put it together in his hotel room in 15 minutes. It's a classic duet, I do one line and he responds. We're really excited about it and hoping we'll get out and do it live too."

In Hollywood everybody has the same smile. Top orthodontists make a fortune turning gnashers into box office gold for movie A-listers and it’s hard not to feel the same way about modern pop’s drift into homogenised, one-tune-fits-all production.

Former LA studio rats The Script know that better than most and while it’s easy to admire their pop chops and business savvy, their new single, Hall of Fame, sounds uncannily like a cynical mesh up of Coldplay’s recent big, airy stadium pop sound and Ryan Tedder at his most syrupy and overwrought.

The track begins with The Script’s signature piano balladry, before Danny O’Donoghue enters with a cross between a rap and his trademark earnest vocal. will.i.am joins him and gives another fine example of his non-singing style and the pair trade inspirational lines that somehow equate becoming a doctor, a teacher, a preacher or a student with entering the hall of fame. This is obviously something will and Danny and will learnt from their recent experiences on The Voice UK.

It is The Script’s most pronounced venture into the hip hop and r `n’ b yet. However, O'Donoghue may be letting his legendary self confidence get the better of him when he affects a kind of Jamaican toasting style half way through the song just in case you doubt his sincerity and street cred. Jah mon indeed.

Hall of Fame is a sound aimed squarely at American charts and hearts and it’s also a sound that continues to dilute the real rawness of rap and the inventivness of hip hop with the insatiable demands of pop.

The Script will be smiling all the way to the bank with this one. 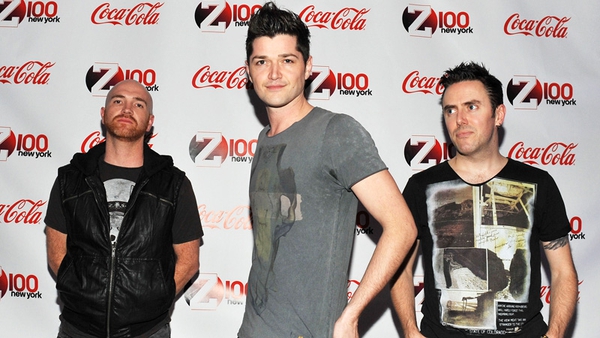 The Script to release album in Autumn