The funeral Mass has taken place in Dublin of acting legend David Kelly, who died at the age of 82.

Chief mourners were his wife of 51 years Laurie Morton and his children Dave and Miriam.

Countless friends and former colleagues from the Irish acting world were in attendance, including chair of the Arts Council Pat Moylan, Michael Colgan of the Gate Theatre and Fiach Mac Conghail of the Abbey.

Michael Colgan spoke of David Kelly's beautiful contradictions. He said he was an exotic creature with a golden voice adding that he was always happy and generous, describing him as our very own sunshine boy and a gentleman of our profession.

At Mr Kelly's removal service at the Church of the Miraculous Medal, Clonskeagh, Dublin last night, Fr Kevin Bartley explained that the star had passed away just moments after his daughter had finished reading him a Valentine's Day card.

Fr Bartley further recounted how the acting legend was known for his impeccable timing saying: "She [his daughter] returned to the hospital room minutes later and read a message of love to her father on behalf of her mum Laurie, herself and her brother."

He then passed away. "You could not get that on a Hollywood set."

David and his wife Laurie Morton were together for 51 years. The couple met during a rehearsal for a stage production. Fr Bartley recalled: “As they rehearsed, David Kelly complained about his ulcer and Laurie said, ‘I would never marry you, I have a father at home always complaining about his ulcer’. How wrong she was,” Fr Bartley said to laughter.

He also said Kelly’s son and daughter had followed their parents into the creative arts. David senior was none too happy when his son first told him of his intentions. “His father at first was furious but a few minutes later he rang him back and said: ‘I’ve never had a real job in my life, what am I talking about’?”

David Kelly was laid to rest today after 10am Mass to Mount Jerome Crematorium. 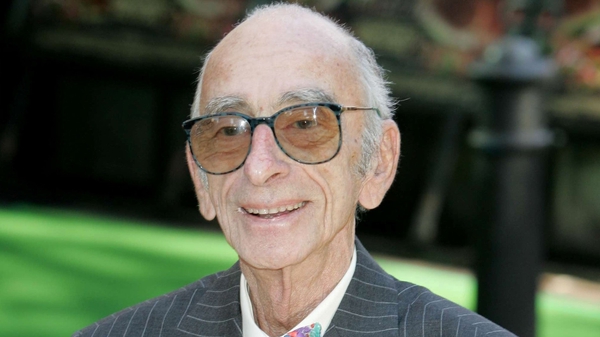