RTÉ Radio 1’s Mooney has entered the Guinness Book of World Records for organising the 'Largest Gathering of People Dressed as Leprechauns'.

The record was broken live on RTÉ Radio 1’s Mooney at 4.10pm today as over 250 people in leprechaun costume gathered in Dublin’s Grand Canal Square.

The attempt beats the record held by NBC’s The Tonight Show with Jay Leno, who gathered 224 people in leprechaun attire at NBC Studios in Burbank, California on St Patrick’s Day this year.

"People came from all over the country and further afield to be here with us today. There are people from Poland, Romania and Italy here as well as groups from Kilmacud-Crokes Ladies Football Club, Shankill Tennis Club and Moyclare School. There are even leprechauns here who came down from the Cooley Mountains, which is a protected leprechaun site!" 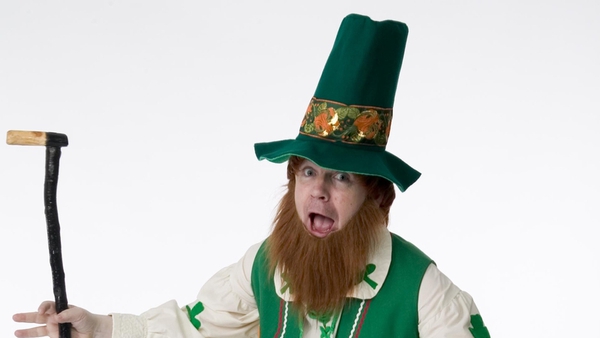 Mooney counts down to Leprechaun challenge