RTÉ has announced details of the selection process for the Irish entry for the Eurovision Song Contest 2012.

RTÉ has decided to adopt the same mentoring procedure for the ESC 2012 as last year which resulted in Ireland achieving its best result for 10 years.

There are five new mentors who over the coming months will source songs and singers with a view to representing Ireland in Baku, Azerbaijan next May.

The five mentors are:

Producer and former Popstars and You're a Star judge Bill Hughes

Singer and songwriter Edele Lynch of Bewitched and Barbarellas

The mentors' five chosen songs will be performed for the first time by their acts on The Late Late Show Eurosong 2012 on February 24, 2012.

The winner will once again be decided by a combination of public vote and regional jury.

Commenting, RTÉ Eurovision Co-ordinator Julian Vignoles said: "As was the case in previous years RTÉ wanted to offer the Irish public a say in deciding who Ireland's Eurovision entry should be.

"This year our five mentors represent all aspects of the Irish music/entertainment industry and have already begun their search for the act which will deliver another strong performance for Ireland at the Eurovision.

"The mentors are currently sourcing their acts and songs and a number of acts including Jedward have been approached by the mentors to take part in the contest."

Details on the five acts and songs will be announced in the New Year. 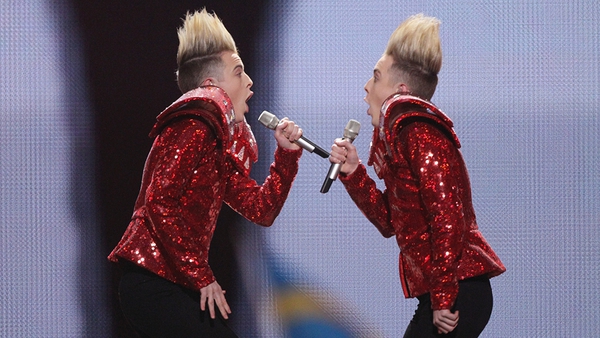