Ireland's largest Eurovision television audience in 15 years cheered on Jedward in the final on Saturday night.

Julian Vignoles, Head of the Irish Delegation, said: "These figures are phenomenal. Jedward undoubtedly brought a new energy to the Eurovision Song Contest. Seventy-one per cent of 15 to 24-year-olds watched the programme in total - the highest audience share for this age group of any programme on any channel in Ireland since 2002."

RTÉ.ie has recorded over one million page impressions for Eurovision and Jedward stories across RTÉ's online and mobile platforms since the beginning of May.

For those who missed the Eurovision Song Contest Final or Semi-Finals, they are still available for catch-up on the RTÉ Player.

*TAM Ireland Ltd / Nielsen TAM / All figures are based on Live + VOSDAL Based on Individuals 4+, Average 000s 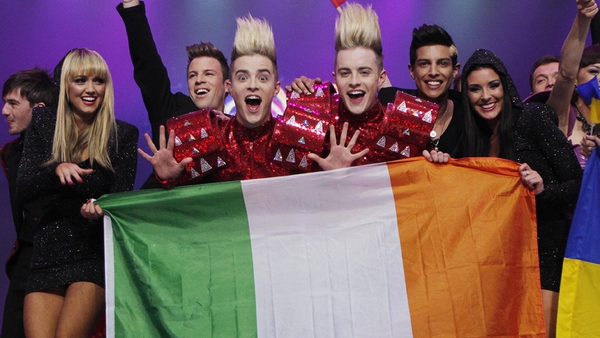