Politician Willie O'Dea has defended Rubberbandits' song 'Horse Outside' against criticism, saying that he finds it "hilariously funny".

When asked by Joe Duffy on RTÉ's 'Liveline' if he hoped that the song got to number one for Christmas, he said: "I do because, you know, I'm supporting Limerick, obviously. They're a couple of Limerick lads."

"Far from it damaging the image of Limerick... I think that if it goes to number one it'll reflect well on Limerick. It's another success for Limerick."

"They're a comedy duo, a comedy, musical hip-hop duo, and it's meant to be funny and it is funny."

"It does this thing in a very exaggerated way, which I think anybody won't take too seriously."

"It's crude certainly and the language is crude but I mean I found it hilariously funny."

He also said a lot of Limerick people felt "great pride about the fact that two local lads, who are obviously very intelligent and very, very musically orientated and can be very, very funny, have the prospect of topping the charts at Christmas and beating the guy who won 'The X Factor'."

Watch the video for 'Horse Outside' here. (Warning: This video is intended for a mature audience)

For more, including podcasts, visit the 'Liveline' site here. 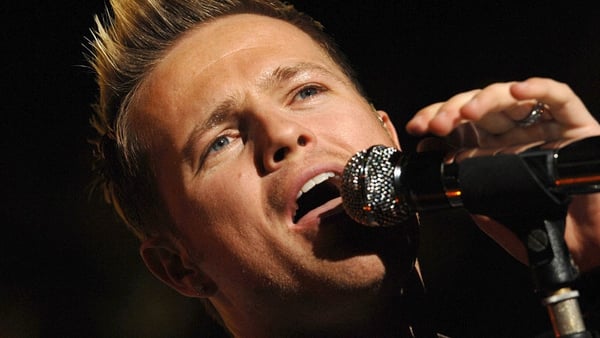 Celebs get behind Rubberbandits single