'Grey's Anatomy' star Sarah Drew has said there will be a lot more comedy in the upcoming season of the hit drama.

Drew, who plays Dr April Kepner, said season seven will have some funny moments after the shooting drama at the end of last season.

In an interview with the Miami Herald, Drew said: "Things are more light-hearted. James Tupper plays our grief counsellor. After the shooting we were in a dark place and now everyone is beginning to heal. There's a lot more comedy and funny moments. We've been laughing like crazy at script readings.''

When asked if her character will still have a crush on Dr Derek Shepherd (played by Patrick Dempsey), Drew responded: "No, thank God! Everyone was hating my character. But after the shooting, she really let that go. This season, you'll see Meredith and April become friends.

“And my character, who is usually passive-aggressive, becomes more social. You'll see her fail, but also have great triumphs without taking anything away that makes her so delightful.''

Drew was also asked what it's like on set during a scene in the operating room, and she didn't hold back in her response.

“We work with Bovine organs, which is cow's organs. The smell is repulsive and makes us all gag. And we use an actual soldering tool to solder the organs. It smells like burning flesh. There's also a lot of silicone and blood matter - red jello [jelly] mixed with blood and chicken fat. It's pretty gross.” 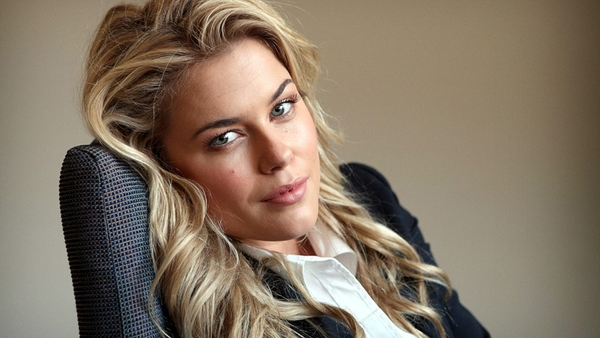 New doctor scrubbing in on Grey's