Inspired by children, we work to bring the magic of the Late Late Toy Show to every child in Ireland. By funding essential support, health, well-being, play and creativity we aim to change children's lives for good.

The RTÉ Toy Show Appeal was inspired by the generosity and bravery of Saoirse Ruane, who having raised more money than was needed for her prosthetic leg,( needed after a cancer diagnosis), donated the extra money to help other children who might need it. When her story was told during the Late Late Toy Show on 27 November 2020, there was an overwhelming audience response to the the call to donate and over the course of the weekend over €6.6 million was raised to help a range of children’s charities right across the island of Ireland.

In March 2021, half of the monies raised were disbursed to the pre-nominated charities: Barnardos Ireland, Childrens Health Foundation, Childrens Books Ireland and Community Foundation Northern Ireland. In the months that followed, The Community Foundation for Ireland independently assessed grant applications from a range of charities and in June 2021, the remaining monies were distributed to a further 55 organisations based throughout the country, who work to improve the lives of children. For the full breakdown of these grants, please see here: Grants from RTÉ Toy Show Appeal | The Community Foundation.

It is estimated that over 600,000 children, aged from newborn to late teen, will be helped as a result of the money that was raised that weekend.

Given the level of public support for the Appeal, and with the ambition to help even more children, the RTÉ Toy Show Appeal will be a part of the Late Late Toy Show on Friday 27 November 2021. 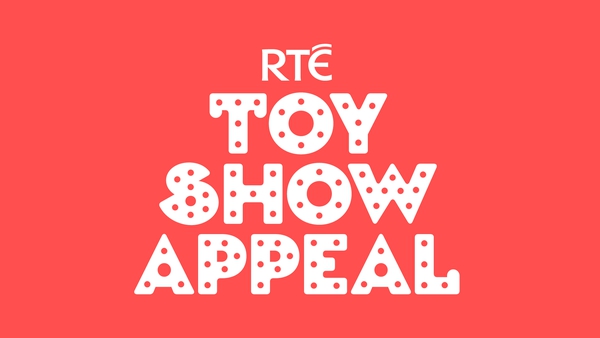