RTÉ have announced exciting schedule of live broadcasts, events and activities at the BT Young Scientist and Technology Exhibition 2018.

Go behind-the-scenes at RTÉ with a unique virtual reality experience; see 2FM DJ’s broadcast live to the nation; or try your hand as an RTÉ Weather presenter – get all this and more at the RTÉ stand at the 2018 BT Young Scientist and Technology Exhibition (BTYSTE) at Dublin’s RDS from next Thursday to Saturday.

An exciting three-day schedule of live broadcasts, events and activities will include RTÉ One's Six One News on Wednesday 10th January, as new programme co-presenter Caitriona Perry meets many of the young pupils and teachers who are taking part in the event and learning about their scientific discoveries. The programme will feature special reports, live interviews, as well as all the day’s main stories from co-presenter, Keelin Shanley in the RTÉ News studio in Donnybrook.

Three of our junior students developed a ultrasonic radar system  for helicopters inspired by the tragic R116 crash @IrishCoastGuard. Come check us out at Stand 3401 @PresidentIRL @BTYSTE pic.twitter.com/ObCIhAljo5

On radio, RTÉ will mark this year’s BTYSTE with a full schedule of live 2FM broadcasts throughout Thursday as Nicky and Jenny, Tracy Clifford and Eoghan McDermott all present their shows live from the RDS, from 10am – 7pm inclusive.

The Nicky Byrne Show with Jenny Greene will kick-start this year’s BTYSTE with a live broadcast from 10am - 1pm on Thursday, followed by Tracy Clifford from 1pm – 4pm and then Eoghan McDermott from 4pm – 7pm.

We are looking forward to seeing our YST2017 Winners in Ireland. Wishing Prosper and Erick a great time @BTYSTE pic.twitter.com/SdwmRd1NmP

On television, on RTÉ One’s, Today with Maura & Dáithí will feature live reports from Colm Flynn on Thursday, while the RTÉ Weather and the Met Éireann teams will present daily bulletins from the RTÉ set, live on RTÉ One.

And in good news for all budding meteorologists, perennial favourite, Weather Wannabes, is back to give them the chance to deliver the weather forecast in two sessions each day, and you never know which RTÉ personalities may drop by.

In addition to RTÉ One's Six One News  RTÉ News will bring regular BTYSTE updates from Will Goodbody, RTÉ’s Science and Technology Correspondent throughout the event, across television, radio and online, while RTÉ2’s daily news bulletin for younger viewers, news2day will be reporting from the RDS on Thursday and Friday.

And if that isn’t enough, RTÉjr’s Bug Hunter, Dr. Michel Dugon will return to give students and visitors a chance to get up close and personal with bugs, insects, creepy crawlies and will share plenty of stories of bug hunting expeditions from 12 – 4pm on Friday while RTÉjr’s Reuben will provide entertainment for younger visitors to the RDS on Saturday from 1.30 – 4.30pm.

All RTÉ coverage from the event will be available to view through a special catch-up hub on RTÉ Player.

Stay up-to-date with all of the action by following @rte on Twitter and Facebook or @explorerte on Instagram using #btyste. And keep an eye out for those selfies with Ryan, Nicky and Jenny

Find out more at www.btyoungscientist.com. 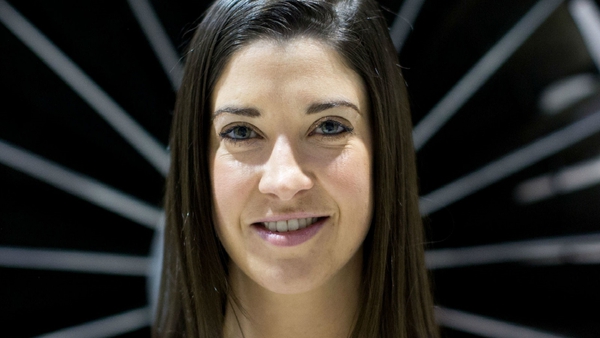