Forget McGregor Vs. Mayweather, there’s a new fight game in town, and it's digital. Celtic Throwdown is the pinnacle of competitive gaming in Ireland.

Fans of the Street Fighter, Mortal Kombat, Smash Brothers & Injustice 2 series are invited to show their mettle, skill and combos this September 2nd and 3rd at the Crowne Plaza, Blanchardstown, complete with tournaments, prize pots, world exclusives and more.

Now in its 3rd year, Celtic Throwdown was founded by Aaron Jackson and Brian Quigley under the name of AsOne Productions. The event is endorsed by Warner Brothers, Capcom, BandiNamco and Nintendo, and is now part of the global circuit for professional gamers to compete in.

"Communities form around Esports" Jackson says. "It’s like any engagement. It’s collaborative. It’s about shared experiences and it’s fun!  And there’s no predisposition. If you want to play and you can play, you play. You could sit down on your first event and could play the best player in the world. It’s very open."

A term coined for competitive gaming, Esports is an industry many analytics companies forecast will potentially generate billions in income withing five years. In 2014 for example, over 179 million hours of Esports was recorded as being watched by individuals online

If you consider those figures, there’s no surprise advertisers, brands and more are trying to develop the industry more. On top of that, its fun!

"What makes the fighting games scene more unique," Jackson explains, "is that in order to play competitively, you have to meet up. Myself and Brian sat down and saw an opportunity.

We don’t own the community, but we can create an event that celebrates it, one that’s supported by it. We needed to mimic what’s already been successful. So we started going to other events in London, Scotland, Birmingham and Las Vegas. And you say, ‘This is happening in the UK and in France and elsewhere at a much bigger scale. Why can’t this happen in Ireland?’"

I am very looking forward to my first trip to Dublin and meet the local players (& a pint of Guinness and more :) Hope to see you there! https://t.co/gW9eQW2a44

The future of Esports in Ireland

A number of countries have developed governing bodies to help develop Esports, including the UK, the US and much of Asia. Despite Ireland homing countless gaming publishers, an Enterprise Action Plan for the Irish Video Games industry released in 2011 by then Minister Richard Bruton had no mention of Esports at all.

The main question for many involved in Irish Esports is why Ireland isn’t capitalising on the growing interest in competitive gaming.

"Everybody plays games, everybody enjoys games. So what’s the stigma?" Jackson says.

"Five or six years ago there was no Web Summit. Now it’s an internationally recognised summit. When people lead, people will follow."

Celtic Throwdown takes place September 2nd and 3rd at the Crowne Plaza, Blanchardstown, Dublin.
For more information on the event, visit the official website, contact CT on Facebook or on Twitter. And for a taste on what’s on the cards for Irish gaming, check out GamesXpoIreland. 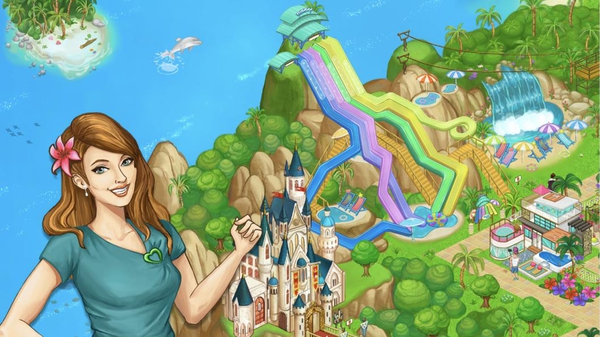