Ahead of their Coolest Projects event in Dublin on June 17th, CoderDojo founder Bill Lao has some friendly advice for Ireland's parents.

Mammys of Ireland - computer programming will make your children the happiest in their careers!

Computer - the word strikes fear into the hearts of many and nearly all of us have had embarrassing moments when we have been left feeling that we are somehow at fault when a computer, or its operator, is smugly telling us "No!"

Yet computers are now all pervasive, there is no field of human activity where computers are not having, on the whole, a positive impact. If a basket weaver in the middle of nowhere can benefit from a website, then there are few careers that are not impacted by computers.

One of the most powerful areas of creative human expression is computer programing.

Having the fear of computers must therefore put someone at a relative disadvantage to someone who has an easy facility with computers. Any young person who attends even one session of CoderDojo is going to have any fear they might have of computers immediately erased, whether they become a virtuoso coder poet or not.

The importance and urgency of learning to program computers is far greater than merely developing a facility with using computers and to get why, we need to take a little look into the future which, as William Gibson the science fiction author famously said "Has already happened but is not yet evenly distributed" and to take this journey we need to ask one question:

What are the best jobs that are going to be available in ten years time when our children graduate college?

Allow me a brief digression; many years ago, IBM created Deep Blue, the ultimate chess computer, which went on to defeat the world chess grand master. Later, IBM developed Watson, a more general purpose artificial intelligence which famously beat the world jeopardy champion, then less famously the world Go champion (Asian Go is a much harder game for an artificial intelligence to win than Chess). Most recently though, Watson was put up against top oncologists in the rather more life and death pursuit of accurate cancer diagnosis - and again it 'won'.

The two traditional 'best' jobs, the ones where all the Leaving Cert points are stacked up highest, are doctor and lawyer. The fact is, though, that a huge amount of the work done by both these professions in the world today is simply going to disappear. Our smartphones, already connected to the artificial intelligence engines in the cloud, are going to be faster better and cheaper in giving us the majority of both the medical and the legal opinions we will ever need.

What is going to be left? Jobs in these fields are very narrow (highly paid) specialities and the number of practitioners will be scarce indeed (eg. no jobs). In fact, the basket weavers will likely be more secure in their work because we, as consumers, value handcrafted goods as a matter of taste, whereas we are far less tolerant of medical misdiagnoses as a matter of personal survival.

The jobs that will survive best are the personal and creative ones, and one of the most powerful areas of creative human expression is computer programing. While automation and artificial intelligence do affect programming, taking away a lot of the scut work, there is still a very large space for human creativity and computer programs cannot debug themselves (there is a mathematical proof of that).

The bottom line is that the safest and most fun career choices involve creativity - and coding is a creative art now made more powerful than any other. 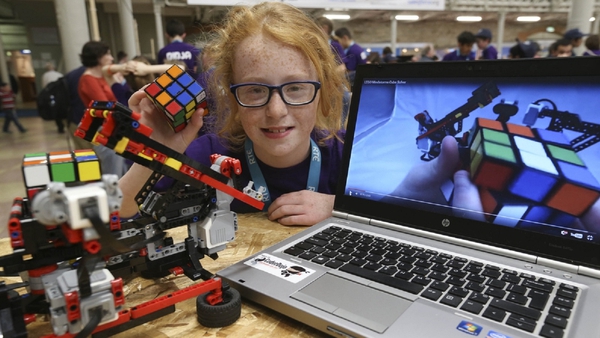