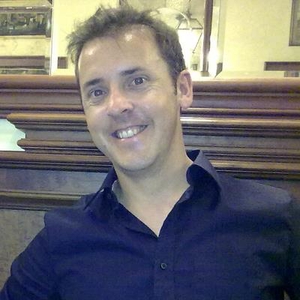 Opinion: the current refugee crisis in the EU has much to do with prior Western interventionism over the last half century or more on the borders of Europe, in the Middle East and North Africa

The Mediterranean refugee crisis is one of the most shocking exposures of the consequences of continued cyclical violence in our world today. It presents states across Europe with a common challenge: how to intervene responsibly and effectively in mitigation and support.

In 1994, the United Nations Development Programme (UNDP) announced "human security" as its core global development goal as the 21st century approached. In the foreword to its Human Development Report that year, the UNDP’s vision heralded a "people-centred development" and centrally involved setting out a human security agenda for future Western interventions. It was security defined by "development, not arms", and its chief concern was "human life and dignity".

Human security, as a guiding principle of locally-attuned interventionism focused on human-centred concerns, has been adapted increasingly in the Global South since 1994 by community leaders, NGO groups, governments and co-operative regional, transnational institutions. However, this new post-Cold War model of interventionism had limited impact in the Global North where old statist understandings of security have persisted. In fact, the "hard" security issues of borders, policing, bombs and bullets were emboldened under the auspices of the war on terror. In recent years, for example, the US model of interventionism in the Middle East led by the US military command, CENTCOM, has been underpinned by a traditional military-economic framing of security.

Typically, the profound human geographical consequences are out of view

As an academic working in geopolitics and international relations, I am all too familiar with the clinical and abstracted manner in which Western interventionism and security interests work. Typically, the profound human geographical consequences are out of view. The current refugee crisis in the EU has much to do with prior Western interventionism over the last half century or more on the borders of Europe, in the Middle East and North Africa. The effects of the last 15 years of pragmatic geopolitics are especially evident. Long-term refugees are a direct consequence and it is imperative to critically analyse the geopolitics of their displacement.

In recent years, I have been trying to think about ways to effectively insist upon broader visions of security, and this led me to the creation of a new Irish Research Council project entitled Haven, which draws upon the UNDP’s concept of "human security". Haven is focused on Europe’s response to the Mediterranean crisis, and has involved field research in France, Greece, Hungary and Ireland, an international symposium of academic, activist and NGO speakers and an edited book currently being completed for Edward Elgar Publishing.

The book, entitled Haven: The Mediterranean Crisis and Human Security, includes perspectives from leading international authors from a range of disciplines who document key dimensions of the crisis such as the legal mechanisms enabling or blocking asylum, the biopolitical systems for managing displaced peoples, and the multiple, overlapping historical precedents of today’s challenges.

The Haven book and broader project is about presenting an alternative "human security" envisioning of Western interventionism that critiques the kinds of military and economic definitions of security that commonly involve repeated mechanisms of governmental violence and clinical regimes of population management. Human security calls for investing in, and resourcing, interventions of a different kind: in protecting human rights; in insisting upon humanitarian law; and in enabling locally-attuned rather than top-town security measures.

Crucially, it involves a mobilisation of the law in coalescing human rights concerns with a human security vision. Such a vision speaks in multiple ways to the current ad hoc security system of camps, holding centres and direct provision measures – from Ireland to Greece – and its insistence upon legally-binding human rights law challenges governments across the EU to think creatively, ethically and co-operatively about a broader and more sustainable human security endgame.

State-centred mechanisms of refugee population management across the EU betray an impoverished security thinking and strategy. The focus on "risk" is key, as it legitimates the so-called exceptional management of "subjects" who are not citizens and therefore not deserving of our care. Their vulnerabilities are typically not recognised, acknowledged or indeed even visible. Instead, these subjects are habitually presented as a threat and the source of insecurities, rather than their consequence, further serving to reinforce the appropriateness of governmental measures to manage such threats – and commonly in a manner that is out of sight and out of mind.

There is a major discursive battle to be fought to render visible precarity, and to supplant a story of vulnerability in place of narratives of threat and risk. This is where a human security conceptualisation can aid us. Such a goal involves an old postcolonial concern, of course: enabling the subaltern, the marginalised to speak, those whose lives, homes and worlds have been wrecked and displaced by relentless interventionary violence, always in the name of a particular type of "security".

Faced with the predominance of instrumental and technocratic research calls on security and migration supported by current EU funding, there is undoubtedly a need to advocate for AHSS-led (Arts, Humanities and Social Sciences) research. Such research aims to bring together scholars, policy makers, activists and (crucially) refugees themselves, to creatively consider how to respond to what is one of the most pivotal "societal challenges" for the EU since its formation.

There is a recurring need to refuse and challenge how the media and many political parties across Europe negatively portray migration and its effects. AHSS scholars can play a vital role in theorising more humane, nuanced and historically and geographically sensitive accounts of the crisis, which resist the allure of simplified responsive logics of walls, borders and separations of "us" and "them". We need to increasingly do this via engaged public scholarship, especially in a time of unashamedly post-truth politics.

It must be about shared precarity, interlinked risk and cooperative security responses for all

The Haven project is partially about documenting the precarious and marginalised worlds of forced migrants across the EU, bringing such worlds into view. It is also about situating critique beyond the academy in supporting a politics of solidarity with an "Other" rarely seen. One of the ways to do that is to draw upon the concept of human security and its legally binding international conventions in strategising for an alternative envisioning of a people-centred security for all.

Discourses of security have always centrally involved shaping what the security problem is deemed to be – and by extension the response. In other words, defining security and acquiring resources for the kind of "security solution" deemed necessary is paramount. Recognising this compels us to formulate and communicate coherent and compelling narratives about the kind of security we all want.

It must be about shared precarity, interlinked risk and cooperative security responses for all. Human security, as both a discourse and an interventionary strategy, can aid us in considering complicated questions of displacement, migration, human rights and security. It can conceptualise the intricacies of the challenges faced and it can also build a politics of solidarity in working solutions that call out the failure of top-down, technocratic security measures and herald instead the success and hopes of locally-attuned, people-centred interventions.

This piece is based upon Dr John Morrissey's current Irish Research Council project, Haven – details of which can be found here. 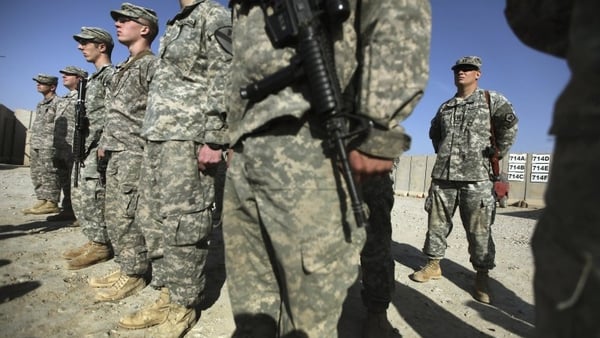