Herstory: Ireland's Epic Women is a six-part documentary series on RTÉ exploring the lives of six remarkable Irish women whose work changed the lives of others, and in many cases, the course of history. Below, read the remarkable story of Dr. James Barry...

It's fair to say that in 2016 we have arrived at a time where the complex issues of "gender fluidity" and "transgender" have become both words and real situations we are now far more familiar with. Go back to 1789, and it’s possible that the person who began their life as Margaret Ann Bulkley was Ireland’s first-known example of someone born female, but who lived much of their life as a man.

James Miranda Stuart Barry was born Margaret Ann Bulkley in Cork in or around 1789. Although details about her early life are unclear, her father, Jeremiah, is known to have some kind of ship’s chandlery on Merchant’s Quay in Cork.

When Bulkley was 18 or 20, it appears some kind of audacious plan was made to enter her into medical school in Scotland. Women were not permitted to do study medicine, but it was not as a young woman that Bulkley arrived into Edinburgh University; it was under the disguise of a man, named James Barry. If you are not looking for something, you won’t necessarily see it, and it appears nobody realised Barry was actually a woman.

In an era when amputation was done with saws without anaesthetic, during which time patients had to be physically restrained, Barry successfully qualified as a doctor. Women, it was evident, could do those things as well as men, but alas, if this had been revealed at the time, Bulkley, now living as Barry, would not have been allowed to continue in the profession. After graduation, Barry then went to London and became a member of the Royal College of Surgeons.

Then followed a long and extraordinary career in the British Army as a military surgeon. Barry served in India and then South Africa, arriving in Cape Town around 1816. It was here that Barry performed one of the first-known successful Caesarean sections. He was apparently progressive in his lifestyle choices for the time, being vegetarian, emphasising the importance of fresh air, and physical exercise. He travelled with a goat, whose sole purpose was to provide the doctor with fresh milk. He was known for a temper that rarely needed much provoking.

He campaigned against slavery, and ran a hospital for the wounded in Corfu during the Crimean War – a war which made the name of Florence Nightingale famous. By the end of his career, he had been appointed Inspector General in charge of British military hospitals.

In the summer of 1865, an epidemic of dysentery went through London. Barry caught it, and died. When a maid called Sophia Bishop, arrived to prepare the body for burial, she discovered that her surgeon employer had the body of a woman. It was the scandal and talk of the Empire for a long time. James Barry, gender-defying surgeon, is buried in Kensal Rise cemetery in London.

Herstory: Ireland's Epic Women, RTÉ One, Mondays at 8.30pm from February 3rd - post-broadcast, all episodes will be available for catch-up on RTÉ Player and RTÉ Culture. 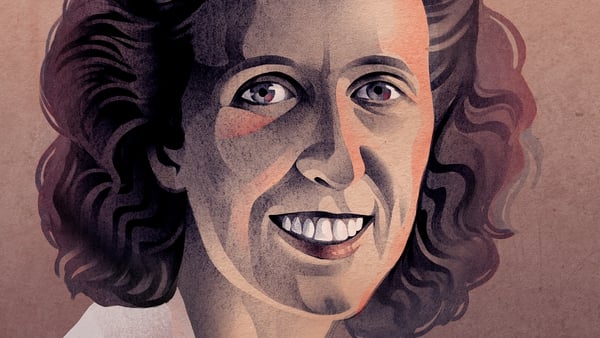