Music for Galway's annual Midwinter Festival takes its inspiration from its own name with a programme that explores not only winter but all four of the seasons. with works by Vivaldi, Piazzolla, Tchaikovsky, Chopin and Schubert. The festival opens on Friday 20th January with a performance by the Irish Chamber Orchestra led by violinist Katherine Hunka at the Town Hall Theatre, that includes their take on Vivaldi's classic The Four Seasons (Various venues, 20th–22nd January)

Finghin Collins, Jochen Kupfer and some Schubert under the same roof? Yes please!
A magical evening of piano and voice that simply cannot be missed! 🌟
Coming up as part of our Midwinter Festival: SEASONS
🔸Jan 21st
🔸€10 - €22https://t.co/llIh0KMg63 pic.twitter.com/rWIcOWi6pD

The new film from Damien Chazelle, director of La La Land, has polarized critics and audiences alike: it's a gonzo three-hour epic set set against the backdrop of Hollywood's early days, with a cast that includes Brad Pitt, Margo Robbie, Diego Calva, Jean Smart and Tobey Maguire. (In cinemas nationwide)

DANCE: PIECE WITH THE DRUMS

Directed and choreographed by David Bolger, the new show from Coisceim features music, beats and everything in between from Jazz percussionist Conor Guilfoyle, for a colourful exploration of relationships, spirituality, and our connection to rhythm, life and the cosmos. (Project Arts Centre, Dublin, January 24th - 28th)

VISUAL ARTS: HOW TO CREATE A FALLSTREAK

How to create a fallstreak is a body of work around grief and healing by artist Neva Elliott. The work centres on Elliott's loss of her husband, Colin, to cancer. While focused on her own experience, the work attempts to expand the autobiographical, going beyond memoir to communicate shared human experiences that still hold some taboo – death, bereavement, and mental health. The artist links visual form with emotional occurrence across photography, text, object, video, sound, and performative gesture, exposing her attempt to create a proverbial gap in the clouds by re-engaging with life and dealing with her loss. (Linenhall Arts Centre, Mayo, from January 21st)

BOOK: THE WITCHES OF VARDO

Set in 1662, Anya Bergman's debut novel is inspired by the true events, primarily a series of witch trials on the an arctic island in Northern Norway, telling the tale of two young women who set out to rescue an accused witch being held captive at the fortress of Vardø - it's a powerful, propulsive and shockingly timely tale (In bookshops now)

STREAMING: THE LAST OF US

Based on the groundbreaking 2013 videogame of the same name, HBO's new sci-fi drama takes place in a bleak post-apocalyptic world where hordes of humans have been infected with a virus that turns them into deadly zombie-like creatures. Joel (Mandalorian star Pedro Pascal) and Ellie (Games Of Thrones' Bella Ramsey) haven't been touched by the illness, but with danger lurking around every corner, every day is a struggle for survival... (On Sky and NOW TV)

Listen to the Culture 5 every Friday on Aedín in the Afternoon on RTÉ lyric fm, from 1 pm - listen back here. 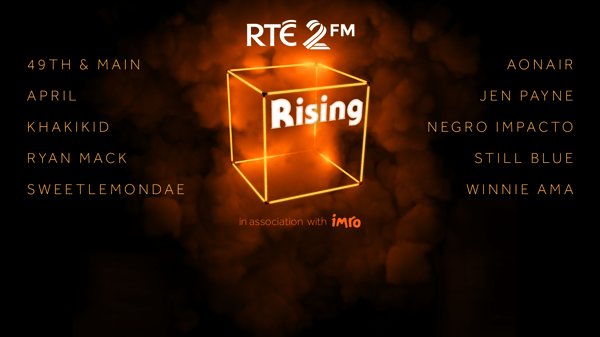