Below, Mike gives the background to the programme...

Patrick Kavanagh's On Raglan Road is a poem and song that has firmly enshrined itself within the consciousness of Irish and international audiences. In 2019 it was officially canonised as 'Ireland’s Favourite Folk Song’ in an RTÉ poll.

Its success has, at times, threatened to lessen its impact. Countless anodyne chat show renditions, however, cannot dull the powerful mix of love, loss, grief, memory and place contained within it. Luke Kelly’s seminal rendition, in particular, continues to retain a deeply moving and unique allure.

My own recollection of encountering the piece is through Kelly’s performance which I first recall hearing in my early 20s. Its strange and unique beauty stopped me in my tracks. It contained elements of folk music and popular music, but did not sit comfortably within either tradition. It felt more akin to Astral Weeks-era Van Morrison, somewhat modernist music that pulled the folk and pop traditions in new, unexpected directions.

My connection to the piece took on new layers of resonance in 2014 following the sudden loss of a dear friend with whom I associated the piece. It served as a regular source of sustenance through the strange, sad fog that followed. My desire to explore the piece in greater detail emerged from this period.

The mythology that surrounds On Raglan Road consists of many half-truths and misconceptions. Principal amongst these, perhaps, is the oft cited assertion that the piece was set to music by Luke Kelly. Kavanagh himself, however, composed the piece to the old Irish air Fainne Geal an Lae or The Dawning of The Day, incorporating its melody, its internal rhyming structure and, indeed, its title.

Accounts of the relationship between the protagonists of the poem are similarly made up of many simplifications and inaccuracies. Dr Hilda O’Malley (née Moriarty), who inspired the piece, is generally referred to as a strikingly beautiful medical student, considered one of the most attractive women in Dublin at the time. This, of course, is true. It omits, however, much of Hilda’s impressive character, not least her striking intellect and insight. I have sought, within this documentary, to present a more rounded portrayal of this formidable woman.

Kavanagh himself, within the mythology of On Raglan Road, is portrayed either as master poet or pest. He is the genius who immortalised Hilda in verse and who, "gave her poems to say." He is also the older man whose attention was somewhat unwanted. Certain chroniclers, for example, have written that Kavanagh ‘shadowed’ Hilda on dates with other men (though no sources are provided for this observation). Again, these characterisations are simplifications that do not do justice to the difficult to define connection between the pair. Hilda’s impact upon Kavanagh’s poetry extended beyond the role of mere muse, and the pair’s meeting of minds was more complex and enduring than is often acknowledged.

Finally, On Raglan Road’s own path to prominence was somewhat complex and unassured. For decades after Kavanagh penned it, it threatened to linger in obscurity, and its current place within the canon seemed unlikely. These issues are explored in detail within The Dawning of The Day with the help of contributors including Hilda’s son, the actor Daragh O’Malley, singer songwriter Billy Bragg and the Kavanagh scholar Dr Una Agnew. The actor Declan Gorman reads extracts from Kavanagh’s poetry and correspondence. Archival audio from sources including Luke Kelly and Paul Durcan also feature.

The Dawning of the Day, presented by Mike Glennon, is the Lyric Feature on Sunday 18th December at 6 pm on RTÉ lyric fm, and will be available after broadcast as a podcast - listen to more from The Lyric Feature here.

The Dawning of The Day was co-produced by Mike Glennon and the Lyric Feature team and co-funded by RTÉ lyric fm, Creative Monaghan & The Patrick Kavanagh Centre. 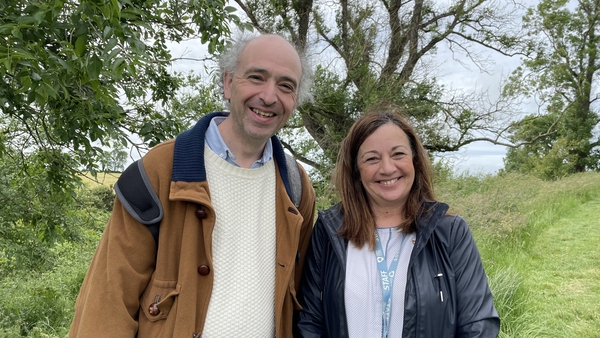 Rediscovering Deirdre of the Sorrows - The Lyric Feature