Big Why, Little Why by Brendan Killeen has been announced as the winning story in this year's RTÉ Short Story Competition in honour of Francis MacManus - listen to it above.

The announcement was made by judge, Lisa McInerney at a special RTÉ Radio 1 Arena RTÉ Short Story Special live event hosted by Sean Rocks in the Pavillion Theatre, Dun Laoghaire and broadcast live on RTÉ Radio 1 as part of an Arena special programme.

Commenting on his short story, Brendan, who is a writer, journalist and editor originally from Beaumount in Dublin and now living in Copenhagen, said: "I was inspired to write my story, Big Why, Little Why, while on a week's holiday in Madrid with my son Noah in October 2021. We visited the 'Reina Sofia' art museum and overheard a couple arguing in front of Picasso’s masterpiece Guernica. This 'moment’ inspired me to start writing the story, which amongst other things is a reflection on how literal we have become as a society."

Of Big Why, Little Why, judge Lisa McInerney said: "Wildly imaginative and surprising, and at the same time intimate, deeply felt and familiar. That's not an easy mix of adjectives. And yet that’s how this story works: it’s a rulebreaker and a bit of a messer, but shot through with big questions and quiet, vital moments."

Fire Starter by Alan McCormick was announced as Second Prize by judge, Ferdia Mac Anna. who presented Alan with a cheque for €4,000.

Cnámharlach Uaigneach by Nicola Crean was announced as Third Prize by judge, Éilis Ní Dhuibhne who presented Nicola with a cheque for €3,000.

All 10 short stories were broadcast and podcast in a season of new writing as part of Late Date on RTÉ Radio 1. The stories remain available to read and podcast here.

Commenting on this year's RTÉ Short Story Competition, series producer Sarah Binchy said: "It was a great pleasure to work with our judges and a superb cast of actors on this year's selection of shortlisted and prizewinning stories and --for the first time in a few years -- to gather in person with our Arena colleagues for a fine celebration of these writers' work. As far as I know, this is the most generous prize fund currently available for an annual Irish short story competition -- interested writers, take note! Note also, it's free to enter, and that we're open to entries in Irish. I'm delighted to see a funny, exuberant Irish-language story among this year's excellent prizewinners."

Details of next year's competition will be released at www.rte.ie/writing in early 2023. 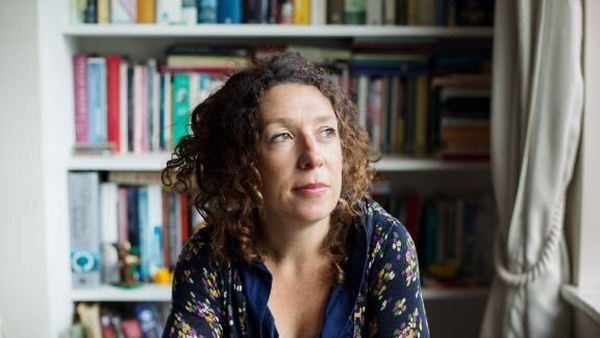