Directed and co-written by Janet Moran, Looking for América is the real-life story of writer and performer Federico Julián González.

The play charts two journeys. The journey of a night in Havana looking for a Salvadoran ex-Guerilla fighter called América, and the journey of escaping the catastrophe that had engulfed his country decades before. A catastrophe whose after effects still resonate today.

Below, Fede introduces Looking for América...

In October 2020, I found myself on stage performing Looking For América as part of that year's Dublin Theatre Festival. Due to COVID, ours was one of the few shows that managed to go ahead in person, on stage and with a real audience at the time.

Me, nervous? Why would I be?

I had never been on stage before, the show was completely sold out, the entire audience had been starved of live entertainment for well over six months and my partner, co-writer and director of the show, actor Janet Moran was in the audience.

Luckily I didn’t have my glasses on and there was a decent amount of stage fog floating around, so I could see nothing. I was in a lovely bubble, telling my story out loud, until someone laughed at the first joke in the play. For a tenth of a second I was in an absolute panic. And then the adrenaline kicked in. That was just the beginning. 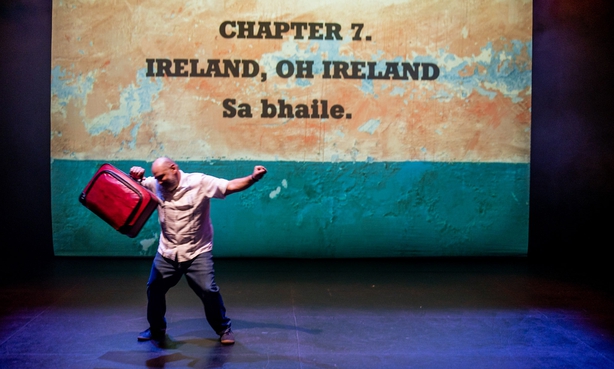 When the Salvadoran civil war ended in 1992, so many books and plays were written about it that I thought there was nothing else I could possibly add. I was only nineteen and had grown up as a child exile in Havana, Cuba, far removed from the epic demonstrations and the military battles.

Memories are one of the very few things you can always carry with you, wherever you go, for as long as you want, no matter how convoluted the journey. For years, I’d carried sackfuls of stories. Friends and acquaintances kept saying to me "Write it all down!". But I never got around to doing it. Part laziness, part procrastination, part "who’s going to want to read it?". Then I became a father and thought "There’s my audience!" My three boys would get a kick out of hearing where their father had been, and how he ended up where he did. So I started writing.

Writing something as personal and as intricate as my family's story, and putting it into a straightforward play was not easy.

In 2019, we decided to visit Cuba. Janet had never been, my boys had never been and I hadn’t been back since 1997. My mother and Janet’s parents came along too, and we rented a whole house in Old Havana. One afternoon, while bottles of rum, mixers, ice and glasses were beginning to appear at the house’s roof terrace, I said to my mother "Let’s go and see if we can find some of the places where we lived, see if any friends are still around, let’s see if América is still around!". And we did. And what an adventure we had.

When we came back that night, I told Janet of our endeavours. She said "You should write a play about it and call it Looking For América!". 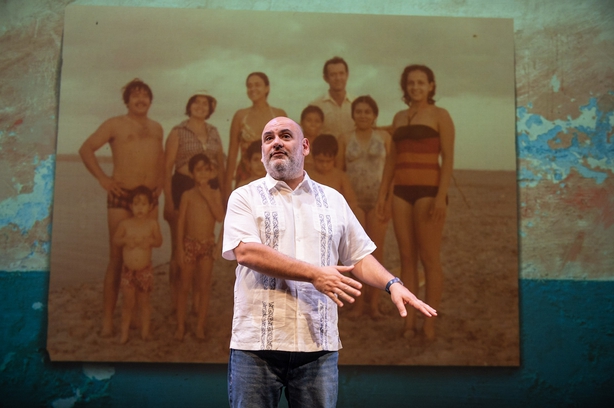 Writing something as personal and as intricate as my family’s story, and putting it into a straightforward play was not easy. We both believed that the story had to be told and shared, especially at the time when children were being put in cages in the US southern border. And it was worth it. The audience’s reactions were wonderful. They laughed out loud when they were supposed to and they even positively commented on my dancing.

After almost every show of last spring’s tour, members of the audience approached us wanting to know more about what happened to this or that person, only to be reminded of how utterly unpredictable human lives can be. How unpredictable it is that I've performed this play and now will have it on RTÉ.ie as part of Culture Night!

Looking for América will be available to watch online for free via RTÉ Culture for 48 hours only, from Friday, September 23rd - find out more about RTÉ's Culture Night offerings here. 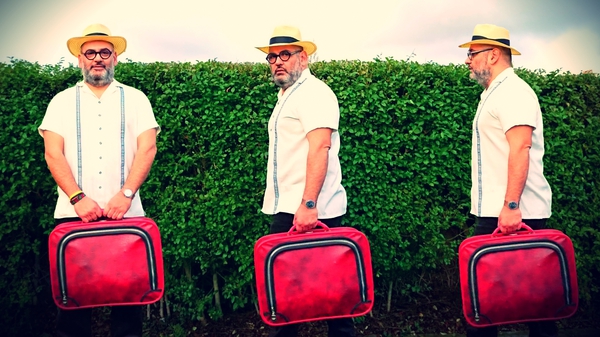