Documentary maker Hannah McCarthy writes about the background to this week's Documentary on One, which tells the story of three women caught up in the fall of Kabul - listen to The Taliban and Me above.

Taliban fighters were riding a swinging pirate ship at the fairground at Qargha Lake on the outskirts of Kabul. From a distance, I watched as the militants swung through the air, shouting and roaring, with guns slung from their backs.

Watch: Taliban on a ride at Qargha Lake in Kabul

I had been in Kabul for just a few days on a reporting trip and I was still trying to out what to make of the new Taliban regime. Fairgrounds like the one at Qargha Lake would have been haram (forbidden) under the last Taliban regime in the 90s, which had preached a harsh and restrictive form of Islam.

At that point last November, some locals still hoped that Kabul and all the Afghan capital had to offer might have a moderating effect on the rural and battle-hardened Taliban. Maybe music wouldn't be banned? Maybe girls and women would not be once again confined to four walls and a veil?

"Maybe I'll wake up and the Talban returning will all just be a dream" said one café owner in Shar-E-Naw, an upmarket neighbourhood in Kabul.

The Afghans I spoke with were facing multiple shocks: a sudden regime change, the erosion of women's rights, drought, and punitive sanctions imposed by the West that had crippled their banking system. The effects were being seen in malnutrition units around the country that were filling with tiny, quiet children and their desperate mothers.

The idea for the documentary The Talban and Me began with an interview at a UN compound in Kabul with Mary Ellen McGroarty, the Donegal native who is now leading the World Food Programme in Afghanistan.

While many foreign staff were evacuated after the Taliban's return, Mary-Ellen had made the decision to stay last August. When I spoke with her in Kabul, she was facing a mammoth task of delivering food to the majority of Afghans who faced a brutal winter below the poverty line.

To do this, she was going to have to work with the new Taliban government.

When I spoke with people in Kabul, there was constant talk of those who had left or been evacuated as the US withdrew and ended their twenty-year occupation. Aid workers, diplomats and many of the country's activists and skilled professionals had been airlifted out of the country.

While there, I contacted an Irish teacher called Aoife MacManus who had been working in Kabul for an educational NGO last August. I want to know what it had been like for Aoife last August when she woke up and found the Taliban had returned and how she had managed to leave the Afghan capital.

I spent a lot of time reporting on the experiences of women in Afghanistan under the Taliban, many who'd seized the opportunity to study and work over the last two decades.

During my reporting trip in Afghanistan, I started to see news reports of female Afghan judges arriving in Ireland. Appeals for household goods and clothes from Irish legal groups appeared on my social media feed.

Over 6,000 km separate Ireland from Afghanistan - there aren’t a lot of natural ties between the small island off Western Europe and the sprawling, landlocked country in Central Asia.

Video: A snapshot of Afghanistan today

But Irish judges – particularly women judges – had seen the situation facing their colleagues in Afghanistan and had offered to support 10 female judges from Afghanistan and their families.

In Dublin, The Doc on One team and I met with one of those Afghan judges who had been evacuated. She told us about her life in Kabul and her escape to Ireland, where she would give birth to her first child, away from her family who remain in Afghanistan.

Everyone in Kabul last August will have a story about the day the Taliban returned. Through the stories of three women there, The Taliban and Me explains what happened and what was lost that day. 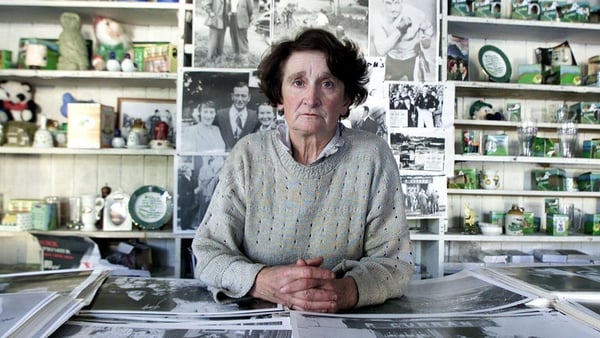 Documentary On One: Dancing Nancy, the unlikely Mayo bomber