Ballyduff Drama Group, directed by Ger Canning, were crowned RTÉ All Ireland Drama Champions for their performance of Rabbit Hole by David Lindsay-Abaire at the Gala Awards ceremony in Athlone's Radisson Blu Hotel on Saturday May 14th, as the curtain came down on the 70th year of the RTÉ All Ireland Drama Festival.

Rabbit Hole is David Lindsay-Abaire’s Pulitzer Prize-winning drama featuring a happy suburban couple who have everything they could want - until a shocking and sudden event turns their world upside down and leaves them drifting perilously apart. Ballyduff Drama Group have been on the three act drama circuit for over 30 years. They are directed by Ger Canning, who won the Best Director award.

Adjudicator Michael Poynor commended her for 'extracting all the humour and pathos from the play and inspiring a remarkable ensemble performance from the group'. In addition to Best Director, the Ballyduff group also took home the Award for Best Stage Management and Best Stage Setting, with actor Ronan Bennett winning the ADCI/DLI Summer School Scholarship.

The Ballyduff Drama Group were also announced winners of The Abbey Theatre Award, and have been invited to perform their winning production on the Abbey's Peacock stage in June.

Over the weekend at @AllIrelandDram1, Ballyduff Drama Group won the Abbey Theatre Award for their production of #RabbitHole 🥳 We can't wait to welcome them as they perform their winning production on the Peacock stage 2nd Jun – 4th Jun. Get your tickets⬇ https://t.co/I1FpK26DQg

Other award winners included Robert Massey from the Prosperous Dramatic Society, who won the award for Best Actor for his role as Alan in God of Carnage, while Mary Colbert from Palace Players won the Best Actress award for her work as Betty in Chapatti. The Best Supporting Actor gong went to Dermot Byrne as Lord of the Underworld in Eurydice, performed by Dalkey Players, with Sharon Mawe of Kilmeen Drama Group won the Best Supporting Actress Award as Peggy in Conversations on a Homecoming.

Elsewhere, the award for best stage lighting went to Kevin McEvoy for Bunclody/Kilmyshall Drama Group's The Good Father, and the John Butler Scholarship to the Drama League of Ireland (DLI) Summer School 2022 went to Alison Murphy of Kilmeen Drama Group, who played Anne in Conversations on a Homecoming. Butt Drama Circle's Shaun Byrne won the Adjudicator’s prize for new writing for An Incident with Dave Cotter - Shaun wrote, directed and acted in the play.

Drama groups from around the country gathered in Athlone for the highly contested All Ireland finals - this year marked 70 years of the Athlone-based festival, and the first festival since the start of the Covid-19 pandemic. 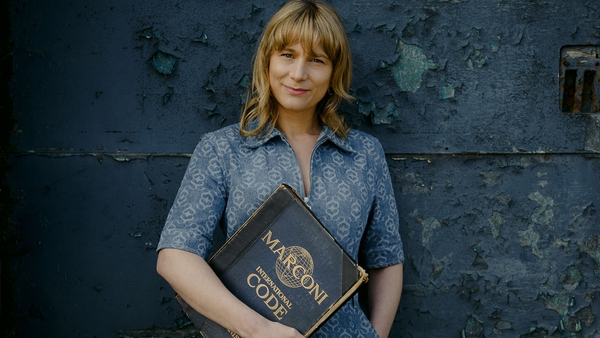 Marconi & Me - Zoë Comyns on her new Drama On One play