Marc Mc Memamin introduces the Documentary On One production that shone the spotlight upon an unsung Irish hero of WWII and inspired a best-selling book - listen to Richard Hayes: Nazi Codebreaker above.

Imagine if one man helped alter the course of World War Two. And imagine if that man was Irish. There's no need to imagine because it happened. Not on the battlefields of France or Japan but in a room in McKee Barracks on Dublin’s North Circular Road... Listen to Documentary On One: Richard Hayes: Nazi Codebreaker above.

During the Second World War one of Nazi Germany’s most notorious codes was broken, not by a military General or tactician but by a mild mannered librarian and family man. The Director of the National Library of Ireland, Dr. Richard J. Hayes, led a team of cryptanalysts as they worked feverishly on the infamous "Görtz Cipher" a fiendish Nazi code that had stumped some of the greatest code breaking minds at Bletchley Park, the centre of British wartime cryptography. But who was Dr. Richard Hayes?

He was a man of many lives. An academic, an aesthete, a loving father and one of World War Two’s most prolific Nazi codebreakers.

At the outbreak of the Second World War Hayes, being highly regarded for his mathematical and linguistic expertise was approached by the head of Irish Military Intelligence (G2) Colonel Dan Bryan with a Top Secret mission. At the behest of Taoiseach Éamon de Valera, Hayes was given an office and three lieutenants to decode wireless messages being covertly transmitted via Morse code from a house in north Dublin owned by the German Embassy. The coded messages posed a huge threat to Irish national security and the wider war effort.

As Hayes' team worked to break the code, it was all academic until he met his greatest challenge yet. The man who was to be his nemesis, Dr. Herman Görtz, a German agent who parachuted into Ireland in 1940 in full Luftwaffe uniform in an attempt to spy and transmit his own coded messages back to Berlin.

Hayes the academic was soon to find out the true meaning of war. He stared at the enemy and saw the whites of his eyes. The events that transpired were a battle of wits between the mild mannered genius librarian and his nemesis, the flamboyant Nazi spy.

Hayes has been referred to by MI5 as Irelands "greatest unsung hero" and the American Office of Strategic Services as "a colossus of a man" yet due to the secret nature of his work he is virtually unheard of in his own country.

Now, forty-one years after his death, the story of Dr. Richard J. Hayes, the National Librarian who kept Ireland neutral and helped turn the tide of World War Two will be told for the first time.

Originaly broadcast in 2017, Richard Hayes, Nazi Codebreaker has broken new ground in terms of re-assessing Ireland’s contribution to the Second World War. Outside of Ireland, Irish neutrality is poorly understood and in some quarters in the United States it is still associated with pro German sympathy and animosity towards Great Britain. Nothing could be further from the truth. In reality Ireland did everything it could to assist the Allies bar sending troops which in truth would have wrought untold disaster on this country. 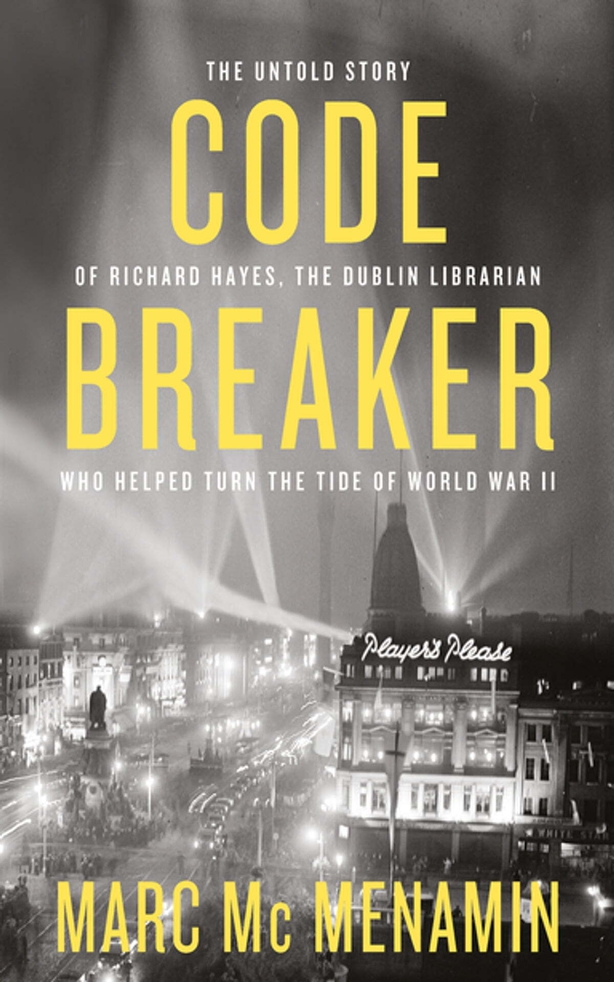 In 2018, I published Codebreaker: The untold story of Richard Hayes, the Dublin librarian who helped turn the tide of World War II. The book was a direct result of the research carried out for the Hayes radio documentary and as such the definitive biography of Dr. Richard Hayes. The book attempts to place Hayes at the forefront of the Irish efforts to aid the Allies and ensure their victory during the conflict.

On April 14th, 2022 I will publish a sequel to Codebreaker with Gill Books entitled Ireland’s Secret War: Dan Bryan, G2 and the lost tapes that reveal the hunt for Ireland’s Nazi Spies. This book will look at the wider clandestine war effort in Ireland and utilises oral histories from many of the main protagonists including the titular character Col. Dan Bryan, the director of Irish Military Intelligence during WWII. Bryan of course features prominently in this radio documentary as the man who recruited Dr. Richard Hayes.

Ireland is at an important crossroads in its history. Reductive presentations of the past and viewing all things through the lens of nationalism do little to reflect the actual historical record. Both Codebreaker and The Secret War challenge the narrative of Irelands quiet "neutrality" and it all began with Richard Hayes: Nazi Codebreaker on Doc on One. I hope these books and this radio documentary will generate controversy and will at last shine a light on these most virtuous of men who have for too long been in the shadows and unfairly forgotten as being the heroes that they were. To quote the award-winning film about the heroes of Bletchley Park, The Imitation Game: "Sometimes it is the people no one imagines anything of who do the things that no one can imagine". 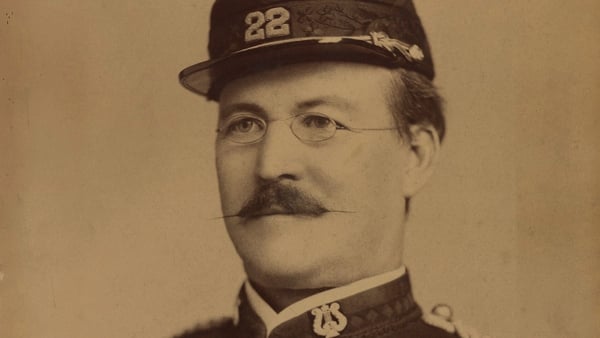 Ireland's first superstar - Documentary On One