Patrick Sarsfield Gilmore is probably the most famous Irishman you’ve never heard of, even though a song he wrote is one that’s recognised worldwide, performed (in part at least ) by everyone from Dolly Parton to U2. He was the most famous entertainer of his day; a bandleader, composer and showman who played to millions across America during a forty year career in the second half of the nineteenth century. The Galway man played at six US presidential inaugurations and the opening ceremony of the Statue of Liberty and is credited with hosting two of the biggest musical festivals in the world at that time. His funeral in 1892 was said to be among the biggest the city of New York had seen.

The story of P.S. Gilmore came to the Documentary On One team from Jarlath McNamara, who grew up in the same county Galway town as Gilmore and who spent years collecting material associated with the bandleader, amassing a collection of over 8,000 individual items. His research followed on from the work of another Ballygar native, Michael Cummings, who features in the documentary by way of an interview he gave to the late Jim Fahy back in 1979. Like Gilmore, Michael was an Irish emigrant who spent years researching and promoting the story of the Irish band master. Irish American history enthusiasts joined in to tell the story of this extraordinary Irish emigrant.

Born in 1829, Gilmore emigrated from Ballygar in County Galway, landing in Boston in 1849. He had learned to play the coronet while he worked an apprenticeship in Athlone and was an accomplished player by the time he landed in the United States at the age of twenty. He quickly established himself in this melting pot of European immigrant cultures, soaking up the romantic music that was in fashion at the time. He soaked up all the influence and quickly became leader of the famous Salem Brass band. Brass band music in the 1850's in both the US and Europe, was the rock music of its da. Huge crowds flocked to hear Gilmore and his band play the polkas, mazurkas, waltzes and ballads from the old countries that meant so much to the newly arrived immigrants. In the twenty years before Gilmore arrived, the population of the US had doubled and would double again in the next three decades. The appetite for this kind of entertainment was insatiable in the days before cinema, radio and television.

To bring us back to the era of nineteenth century popular music ,the documentary features the revival of a composition of Gilmore’s called General Grant’s March, arranged by Gavin Murphy and performed by over forty members of the RTÉ Concert Orchestra under conductor Gavin Maloney. The piece was written by Gilmore in 1869 to honour then US president Ulysses S. Grant, a man busy overseeing the re-unification and reconstruction of the country after the destruction of the American civil war. The composition was unheard for over a century until the RTÉ Concert Orchestra brought it back to life during a special recording session at the Montrose studios in Dublin back in 2018. The full piece can be heard in the documentary, which also features a number of songs written by Gilmore and performed for us by musician Yann O’Brien.

Gilmore joined the American Civil War on the Union side with his band of the 24th Massachusetts Volunteer Regiment and saw action in the Carolinas. It was during this time that Gilmore wrote the song he’s most remembered for. His sister Annie had married a man named Johnny O’Rourke who fought in the Union army and she is said to have told her brother Patrick how she hoped that Johnny would come home safely from the war. Gilmore wrote a lyric and put it to a tune he was familiar with, and what many consider the greatest anti-war song ever written, When Johnny Comes Marching Home, came into being. While the tune was a familiar one, the lyric was Gilmore’s and the song was a big hit.

After the war, Gilmore’s career took off. He combined brass and woodwind instruments to produce a sound that allowed operatic hits and the European classics to be played to the masses in a way they had never experienced before. His popularity grew when he staged two huge music festivals, known as the Boston Jubilees in 1869 and 1872. Up to 20,000 people joined in the choir and 2,000 musicians played on stage. Gilmore the showman had the world’s biggest drum made for the occasion and the performances featured real cannon and huge anvils struck by 100 Boston Firemen during a Verdi chorus.

Gilmore moved to New York after Boston and set records for crowds and the most consecutive appearances by a performer as he consolidated his popularity. He toured constantly crisscrossing the United states after the opening of the Transcontinental Railroad in 1870 until his untimely and sudden death in 1892 at the age of 63. The documentary asks why did Gilmore then fall so sharply from the public gaze. The changing entertainment landscape, the rise of cinema and the music of tin pan alley and ragtime jazz all contributed something to the clearing away of the memory of the old band music.

P.S. Gilmore’s untimely death meant he narrowly missed out of the era of recording and the kind of fame that could have brought. Jarlath McNamara says that if Gilmore had lived another 20 years he would have been remembered in '78s and we would all be more familiar with his work. The lack of memorials to the band master also tell something of why we didn’t hear about him for so long, there was little trace of him in the US or in Ireland. Enthusiastic historians such as Michael Cummings, and later Jarlath McNamara, raised Gilmore up out of obscurity and into the wider public consciousness. With the help of the RTÉ Concert Orchestra, Ireland’s First Superstar goes further, bringing his music and his memory to listeners everywhere.

In February of 2020, P.S.Gilmore was honoured by An Post as part of a series called ‘The Irish Abroad’, where his image appears alongside Richard Harris and Dame Kathleen Lonsdale on an Irish stamp. 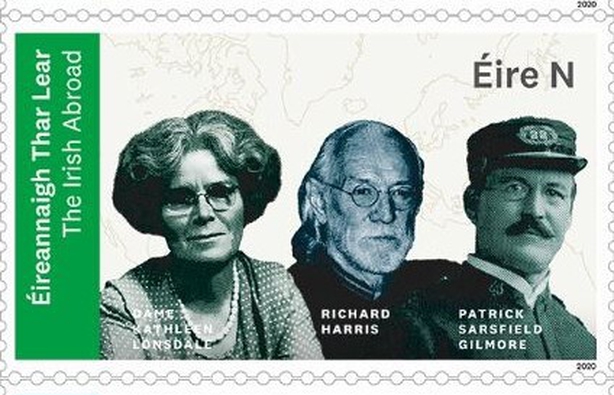 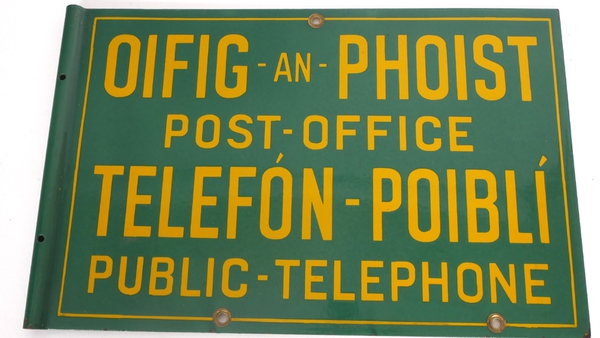 The Battle of Baltinglass - Documentary On One