When a boy of twelve in the 1960s I used to spend time in St Brendan’s Psychiatric Hospital in Grangegorman on the northside of Dublin. Not for treatment, mind you, nor to visit a relative, but simply because my parent occasionally worked there. I’d be left in the car with strict instructions not to stir which I usually obeyed. I remember the hospital as though it was yesterday, the high surrounding walls and the austere stone buidings which gave it a prison- like atmosphere; the men and women who walked back and forth along its roadways and paths, some with purpose, others aimlessly. Above all I recall the vast scale of the hospital and the sense of its seclusion from the outside world.

I did not see the hospital again until forty eight years later when it featured in the late Mary Raftery’s fine two-part documentary Behind the Walls, which explored the history of Ireland’s psychiatric institutions and was broadcast by RTE in September 2011. In the course of the programme it was revealed that a large trove of the personal belongings of St Brendan’s past patients had been discovered in the attic of one of its old annexe buildings. I resolved to learn more about this unsettling discovery and less than 12 months later was standing among paper mountains of hospital records and patient correspondence alongside boxes and boxes full of womens’ handbags and personal belongings. I had finally received permission from the HSE to develop and present an artwork based on this material.

Over the following two years I prepared a visual art and audio installation, titled Personal Effects. The first installation was site specific in the hospital’s old stores building. No artistic vision was involved just the goal of presenting the evidence to best effect. The evidence is that on admission to the hospital the patients’ belongings or handbags were immediately confiscated. Birth certificates, letters, family photographs, cutlery, prayer books, diaries, house keys, rosary beads; records of the self, all gone. It was telling that these belongings were not reclaimed by family members after the deaths of their owners, but remained in storage for decades.

It was quickly clear in the development of the installation that its audience reach would be limited as would the amount of information it might bring to public attention.

Fortunately the Doc on One team were very interested in this historic material and were keen to engage with it. Making a radio documentary is so different to developing a visual art installation, but in no way less creative. It was a fascinating process to learn. Over a 12 month period, producer Nicoline Greer and I set about gathering the voices and information essential to the work.

Most strikingly, we learned what it was like to be a recipient of institutional care from "Sarah", who spent 15 years within the psychiatric system. The hospital’s retired Director of Nursing, Dick Bennett and its retired chaplain Fr Piarais O’Dúill were essential guides through the process and Piarais’s contribution is especiially moving and empathic in his recall of funerals at Glasnevin Cemetery.

Once all the material had been gathered, Nicoline went to work in the editing suite and wove all the strands carefully together. One of the strands she used was the voices of actors reading excerpts from the hospital records and which had been recorded pro bono in the recording studio of Axis Ballymun for the original installation. People were so generous with their time.

Sometimes the interviews made for challenging listening, but not always. We did discover among the belongings the trail of a love story and while we could not pursue it all the way to a hopefully happy ending there is reason enough for the listener to imagine its possibility.

Hopefully the listener can imagine the lives of the many other forgotten people whose history in their families and in this hospital can tells us a great deal about ourselves and our society. Is it not in our ability to imagine lives other than our own that our compassion, or lack of it, is rooted?

Let us also remember through their voices the generous and compassionate natures of Keelin Shanley, Dick Bennett and Fr Piarais, who contributed so much to the making of this documentary and who have since passed away.

Listen to more from the Documentary On One archives here. 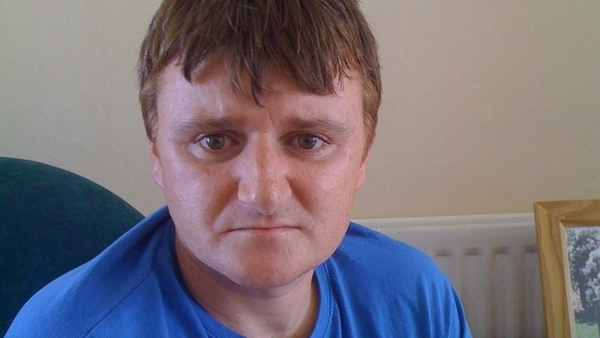 Listen to the Documentary On One that inspired an Oscar contender