Libraries across the country are joining with the First Fortnight festival to shine a spotlight on mental health-related books during the month of January.

Aoife Martin, writer and one of three guest curators of the reading list for this year’s Mind Reading programme at First Fortnight, talks about building a 'kind and caring community formed around a love of books and the written word'.

Once upon a time... Four words, pregnant with possibilities. Is there anything more exciting?

Books, for me, have always been a refuge – a place where I could escape the day-to-day drudgery of life and find solace in worlds created by my favourite writers. They were the place where an author could give me the building blocks to build universes in my imagination and populate them with a cast of colourful characters and magical creatures. Elves, dragons, magic rings, midnight feasts, mysteries, treasure, adventure…. I read voraciously as a child and I read indiscriminately. When a book wasn’t readily available, I would read the backs of cereal boxes at the breakfast table. I would read newspaper stories, magazines articles, comics. I read everything and anything and this love of the written word has stayed with me throughout my life.

In 2020, during the first lockdown, I, along with my friend Emer, started a book club. The initial idea was to promote books by writers we admired who were unable to promote their books in the conventional way because of newly-implemented restrictions.

Books, for me, have always been a refuge – a place where I could escape the day-to-day drudgery of life and find solace in worlds created by my favourite writers.

We wanted the book club to be different from other book clubs. Each month we would read a book, discuss it with our members and then jump on a Zoom call with the author to discuss it. The first writer we approached was Sinéad Gleeson, whose Constellations had just come out in paperback. Generous as ever, Sinéad readily agreed and, lo, the Lockdown Book Club was born.

Since then, we’ve had authors as diverse as Elaine Feeney, Patrick Freyne, Leone Ross, Irenosen Okojie, Oein DeBhairduin, Adiba Jaigirdar, Sarah Maria Griffin and, most recently, Luke Cassidy (to name but a few). We have been extremely lucky that so many authors were willing to come online and talk to us about their books and that they have been so generous with their time. We are extremely grateful.

But something else happened, something that neither myself or Emer expected. We discovered that we had built a community. Many of our members told us that, despite everything that was going on in the world, the book club was a safe space – a place where they could forget about their troubles for a while. Even if they hadn't read the book in question, they were happy to log on and listen to the author talking about it.

More importantly, and the thing I’m most proud of, the WhatsApp group we had set up became much more than a space where members would talk about books. It became a place where people could talk about whatever was on their mind, a place where they would receive a sympathetic ear.

Yes, it is primarily a book group, but we are all human and we are all living through extraordinary and unprecedented times. Somehow, life goes on and our group reflected that: people moved jobs, gave birth, had surgery, lost loved ones, got their PHDs.

In an often-chaotic world it’s nice to know that we – and by "we" I mean every member of the Lockdown Book Club – have created a kind and caring community formed around a love of books and the written word.

Mind Reading returns, with libraries and literature lovers across the country joining First Fortnight for the month of January - see firstfortnight.ie for the reading list. 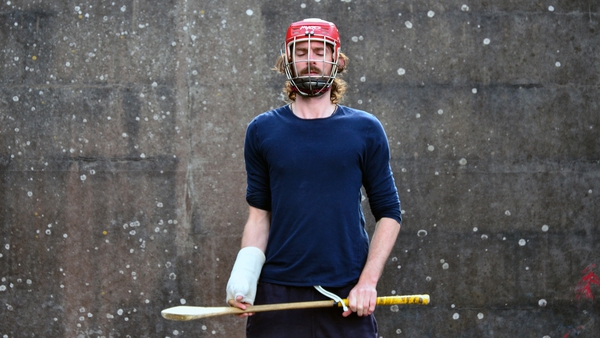