It struck me recently what the Irish suffered in Britain during the decades of IRA bombs, is a mirror image of what Muslims endure today: demanded to account and apologise for the actions of a few extremists.

I lived through a period when most young Irish people had to go to England to find work. It was an awful time to be Irish over there. You kept your head down. Sometimes you didn’t speak in case your accent aroused suspicion. I forgot my work ID once... A new security man let me in, minutes later he panicked, and ran after me, realising he'd let a "guy with an Irish accent" into the building. He was just doing his job, being Irish put me into a high-risk category. At the height of the IRA bombing campaign of mainland Britain, Terry Wogan continued to play Irish records on the BBC as an expression of friendship and understanding between our two countries.

The hardest part for anyone Irish living in Britain then, was going into work the day after an IRA bomb. You’d feel all eyes were on you, hear colleagues talk about it in the canteen. There was shame. What must it have been like for Terry, going on BBC Radio 2, straight after a news bulletin about an IRA attack?

Terry always stressed he never suffered any anti-Irish prejudice, but he acknowledged it would have been tougher for ordinary Irish people working on building sites and bars. It was while researching Terry after his passing in 2016 that I learned how BBC management secretly wanted to drop Irish records, fearing they might cause offence during the IRA campaign. But Terry kept playing them. These included The Furey Brothers and Davy Arthur's When You Were Sweet Sixteen and Frank Kelly’s Christmas Countdown, which was only saved by royal intervention.

The escalation of the IRA campaign, the BBC cracking down on Terry, Gobnait O'Lunacy growing ever crazier at the arrival of more presents (on Frank Kelly's Christmas Countdown) - these events started to form a radio play in my head.

Back in 1969, Terry Wogan couldn’t have picked a worst time to be Irish joining the BBC. Yet, inexplicably, as the bombs grew worse, his popularity soared. Relations between Ireland and England improved after the Good Friday Agreement in 1998. Decades later, after Riverdance, Lord Of The Dance and The Corrs, it became almost fashionable to have an Irish accent in England. In his last days, Terry must have loved seeing this attitude towards the Irish in Britain change, his reassuring voice acting as a bridge between our two countries through the worst of times.

This drama is based on real events but includes some invented scenes and dialogue. But a script is an invitation to collaborate. Wogan's Sweet Sixteen has been brought to life by a wonderful cast. Scenes have been shortened, and a wonderful soundtrack created. Perhaps the biggest ask was to find an actor who could play Terry,  and my thanks goes to Al McKenna who spent many months preparing for his role.

Drama On One: Wogan's Sweet Sixteen, RTÉ Radio 1, St. Stephen's Day at 8 pm - listen to more from Drama On One here. 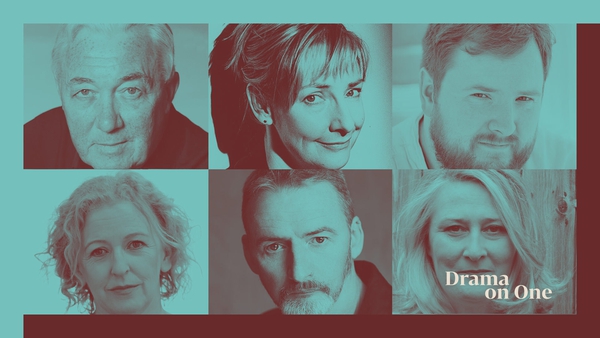