From Riot Games, the creators of the world's most popular video game League of Legends, comes an epic story of two sisters, two warring cities, and endless potential...

Squid Game's reign at the top spot of Netflix has finally come to an end. But taking its place in countless countries across the world comes a new 'kind’ of game; the much anticipated League of Legends TV series.

League of Legends is one of the most played games worldwide, with hundreds of millions of gamers logging on every month. And Arcane is a brand new animated series that celebrates the world of Runettera, and already has garnered universal praise from fans and newcomers alike.

You don’t have to know anything about League to enjoy Arcane - simply put, it's a well-told and complete fantasy story in its own right.

Taking into consideration Riot Games' dominating ventures into gaming, music, fashion and esports, Arcane is set to become something much bigger than just a TV show.

The aim of the game is surival

The opening scene of Arcane is one of war. There’s gunfire, death and destruction everywhere, as two cities fight tooth and nail against one another. Our two central characters, sisters Vi and Jinx, appear as helpless children against the backdrop of chaos.

Orphaned, they retreat to the dark undercity known as Zaun, where misfits of society forge a home. It’s a place where every corner has a black market, every shop a guise for something more sinister, and the air is thick with toxic smog. 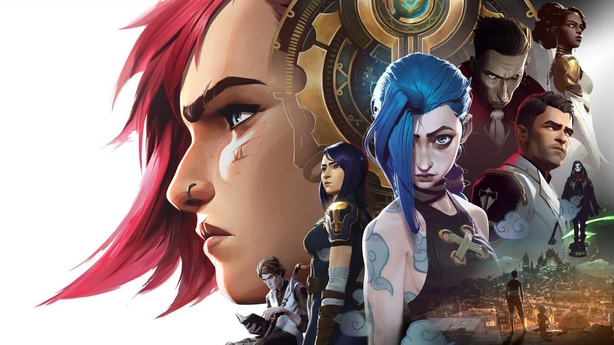 It’s here we see Vi and Jinx’s caring relationship on full display. Despite the tragedies of their circumstances and their everyday fight for survival in the slums, they band together with other eccentrics to survive against the odds.

Rival city Piltover is the apex predator, literally towering over Zaun. The societal divide between the two couldn’t be more extreme, with Piltover citizens wanting to explore, expand their knowledge and make themselves famous across Runeterra for their innovation.

Every citizen is either an inventor or a patron of one. And rather than surviving, Piltover citizens thrive. They have a government, rules, and a sleuth of ‘enforcers’ who ensure everyone in Piltover is kept safe - and those from Zaun know their place in life.

A story for everyone, especially the fans

Fans of any series or brand can be cautious when it comes to crossovers. As someone who has played League of Legends for several years (albeit poorly!), when Arcane was announced I was uneasy. The game's characters are second to none, but what makes League the success story of its time is the gameplay. How could a TV show try to capture that sort of experience?

Ultimately, my caution was unfounded. From the first three episodes of Arcane, we can see that the source material not only been respected but often enhanced, and every scene keeps you guessing what’s going to happen next. Sure, you know the overarching result of the story (more or less), but it’s this unearthing of it piece by piece in the guise of a TV narrative that feels fresh, new and worthwhile.

Arcane fanart, I can't even wrap my head around how amazing the visuals are pic.twitter.com/XTm4h8Sn1L

The characterization of each character, whether it be Vi shouldering the burden of responsibility, Jinx’s innocence waning piece by piece, to Jayce and Viktor’s somewhat dangerous obsession with arcane magic to transform everyday life – all are woven effortlessly into one fluid narrative.

We see the plight of Zaun in every scene. and the sinister plans its citizens are prepared to take to settle the score. We’re introduced to fragments of other lands, like the frozen lands of the Freljord, reminding us that although Piltover may seem vast, it is but a small pin on the map of Runeterra.

Arcane keeps its fans guessing. Despite knowing these characters so well, we’re constantly anticipating how they’ll all interact and react. Once-villains of the game are given more depth. Shining examples of progression are exposed as calculating and less than pristine.

To see the debates across social media from fans theorizing about what’s going to happen next is the watercooler moment die hard League of Legends have been waiting for.

That's right, League of Legends is having a moment

Perhaps what is most satisfying about Arcane for fans is that League of Legends is finally getting the mainstream recognition it deserves.

Despite hundreds of millions of players every month, and events that often eclipse mainstream sporting events, there are still many who have yet to experience the game or dismiss its achievements to date.

They'll soon realize the game, in all its various forms, has already infiltrated popular culture, from fashion collaborations with Louis Vuitton to creating their own massively popular virtual K-Pop band, K/DA.

If you have a screen in front of you, League is in some shape or form just one click away. No wonder Riot Games' recent decision to establish a content production centre in Swords has been so welcomed, not forgetting the office it has in Dublin already.

League is still the quintessential, dominant multiplayer game. Whether it's the staple MOBA, or its intricate card game spin-off, or the upcoming RPG stand-alone title Ruined King, the game is continually reinventing itself - and taking its fans along for the ride.

Billed as an 'event series', Arcane could easily run for an infinite number of seasons, to cover the vast array of stories League has to offer. From the winter wastelands of the Frejlord to the cutthroat Noxus empire, to the noble kingdom of Demacia, or the mystical lands of Ionia and Shurima, to the expanding menace of the Shadow Isles.

Each location has a plethora of characters. Each with their own intricate stories. Each one itching to take centre stage. Whether it’s for film, music, TV or gaming, it’s up for Riot to decide - and I for one cannot wait.

Watch Act 1 of Arcane on Netflix now. Act 2 will be available from November 13th, with Act 3 released on November 20th. 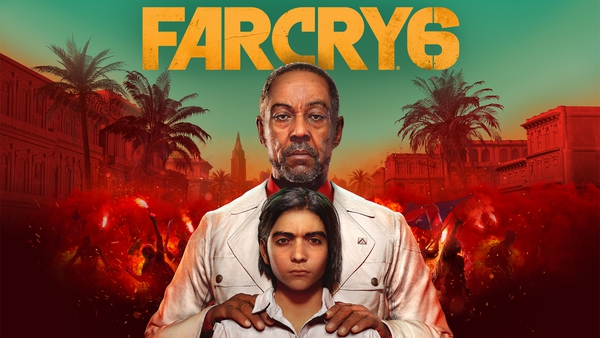