Librettist Tom Swift introduces his acclaimed production The Dead: An Opera, an operatic adaptation of James Joyce's short story, which plays live at the Gaiety Theatre, Dublin, on August 7th and 8th, before being streamed online from August 16th and 30th - more details here.

The Gaiety Theatre feels like it is the perfect place to stage The Dead. In James Joyce's original short story, music hall and opera take up the lion’s share of conversation and debate among the guests at the Morkan’s celebrated Christmas party. The text is peppered with references to Dublin’s old theatrical world, and to songs and arias that would have been staples of the time in houses like the Gaiety.

Joyce himself would have been more than familiar with this ornate gem of a theatre. You can imagine him sitting in the stalls, or in his student days sneaking in to watch from the Gods. In fact, the Gaiety is even name-checked in the original story, when the drunken Freddie Mallins sloppily proclaims that the actor playing the African chieftain in the Gaiety pantomime "had one of the finest tenor voices he had ever heard". It’s nice to speculate whether the anecdote is based on a show the writer attended himself. As with all things Joycean, I’m sure whole theories have been elaborated around this very question. As a non-academic, it’s nice to ponder and imagine the scene.

We are bringing The Dead to the stage in the right place, but also at the right time.

The Gaiety also seems right too for this production of The Dead, because the departed generations literally surround you at every turn. The walls of the dressing rooms, the green room and the bar are adorned with the greats who tread the boards of this Dublin institution over a century and much more. Maureen Potter, Micheal MacLiommair and Sarah Bernhardt are just three of the many, many legendary performers who caught my eye.

As I wander through the Gaiety’s atmospheric halls and corridors, I recognise a familiar feeling. It is the same emotion that I feel after reading The Dead. Joyce’s story makes us reflect on the fleeting but extraordinary nature of life with all its joys and sorrows. It prompts us to think about those close to us who are gone.

Here in the quiet of the green room, I pause to think about my own brother Stephen, a wonderful actor and a beautiful man, who died three years ago at the age of 44. I like to think that he, and his theatrical colleagues on the walls, are looking over us, encouraging us, applauding our efforts as we bring lights up on the Gaiety, after the long darkness of COVID.

We are bringing The Dead to the stage in the right place, but also at the right time. We may be emerging from the pandemic, but it’s not the moment to simply move on and forget. With this story, Joyce asks us to reflect and remember The Dead, because they remain in our hearts, they walk with us. With this adaptation of Joyce’s story we are trying our best to honour the original in all its complex layers of laughter, sorrow and remembrance. We are reminding ourselves that when it snows, it falls "upon all the living and the dead."

The Dead, An Opera, is live at the Gaiety Theatre, Dublin, on August 7th and 8th, before being streamed online from August 16th and 30th - more details here. 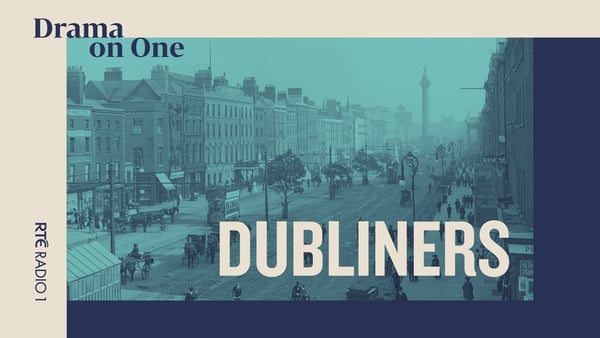 Listen: Dubliners - Drama On One presents a James Joyce classic