It’s lunchtime out in Castletown House in 2008. The Nose, a play by Tom Swift for Performance Corporation is in the thick of rehearsals. We joke with his brother, Stephen Swift, ‘And tell us again? How did you land the role?’  Stephen winks and takes out his edibles, for that’s what Stephen called them: Homemade brown bread, a flask of homemade cream of courgette soup and a slice or cake, homemade of course. I watch him lay it all out and elegantly tuck in, mesmerized.

Everyone here at the Gate was deeply saddened to hear of the passing of our friend and colleague Stephen Swift. Stephen was a much loved figure here at the Gate and will be dearly missed. Our sincere condolences to his family.

Imagine a less grumpy Mr. Darcy, a more feminist James Bond and less goofy, but only slightly, Austen Powers and that was Stephen Swift. He was simply the embodiment of elegance in every single thing he did. He was the quintessential gentleman who seemed to hop and skip through the centuries, bringing all of the best parts with him: dignity, patience, consideration, a wicked wit, a fine voice for a song, and quick feet for dancing. In the entertainment industry, he would be classed as a Triple Threat.

We are so very sad to hear about the death of Stephen Swift. Stephen was a lovely person, great fun to be with, and we have such fond memories of working with him on our productions of STILL and THE BUDDHIST OF CASTLEKNOCK. Our thoughts are with his family and friends. pic.twitter.com/GAnMDk9i8N

Still, in person Stephen was the opposite of threatening. His face was a welcome door. He had eyes that could hug you, and if you were struggling, an outstretched hand was never far. Halfway through lunch, his phone rings. He carefully lays down his sandwich like a sleeping kitten and takes the call in a voice I can only describe as, off duty super hero. ‘Stephen Swift, hello.’ A pause. We wait. We watch him listen. Then smooth as warm caramel, ‘Tell them I would be absolutely delighted.’ He’s been offered a role at the Gate Theatre. In true Stephen style, he gets up and celebrates with a moonwalk, then returns to his sandwich.

Lost one of my best pals yesterday - Stephen Swift. A friend, collaborator and sidekick. Always with me. Huge love to his family and friends x pic.twitter.com/o8b3Aj1qTw

That was the first of what would be many, many roles in theatre, TV and film. From Lannister guards, to Mr. Bingley, to lovers, doctors, soldiers, surgeons, swindlers, business tycoons, he twisted and turned his voice and body effortlessly and elegantly into characters that touched the hearts of audiences for over twenty years.

Like all great actors he had the ability to turn himself into many people. Always a joy, eternally heroic, forever a gentleman.

We are deeply saddened to learn of the passing of Stephen Swift – phenomenal actor, beloved friend and respected colleague. pic.twitter.com/N8IzAqjNBR 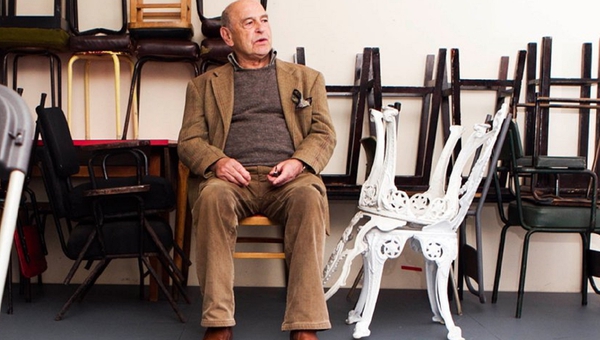