Anna Joyce takes a deeper dive into the first episode of RTÉ's essential new podcast series, which revisits the Irish arms crisis of 1970 - listen to GunPlot above.

My knowledge of Irish history consists of three key events: the famine, the 1916 rising, and the Good Friday agreement. Unfortunately, despite nabbing an A in the Leaving Cert everything else from Home Rule to the GAA is a bit of a blur (apologies Ms. Keating).

But as someone who spends an unholy amount of time inhaling true crime documentaries and procedural dramas, I'm ashamed to say I overlooked one core historical event, which reads more like a John le Carré novel than a textbook.

A murky tale of political deceit, fallen soldiers, colonial tensions, spies, lies, and fiction-writers. The nation's most notorious case of 'he said, he said’, otherwise known as the Irish Arms Crisis. It has been 50 years since this scandal transpired and people are still disputing the facts which led to the removal of Neil Blaney and Charles J. Haughey from the government, accused of illegal attempts to bring arms into the Republic of Ireland.

Before you start frantically Googling for more juice on this outlandish event, RTE has done the heavy lifting for you. The award-winning Documentary On One team will crack open this political enigma in GunPlot, an 8-part podcast series packed with exclusive interviews, unaired footage, and a historical retelling you won’t find on any school syllabus.

The audio series will be accompanied by a 50-minute TV documentary by RTE Factual in the broadcaster's premier bi-media project. The first episode makes the average Netflix offering look dull. It has everything from cloaked men in corridors, to a battle that inspired a political scandal dubbed, "Ireland’s Watergate"and an explosive scene of courtroom oratory.

So, if you’re in the market for a mystery, besides when this darn lockdown will lift, then buckle up for seven more weeks of political drama that won’t disrupt your sleeping pattern.

But, if like this journalist, your knowledge of the Arms Crisis is somewhat patchy here is a quick synopsis of episode one to get you up to speed. Besides, I think there is a 50-year cap on spoilers… 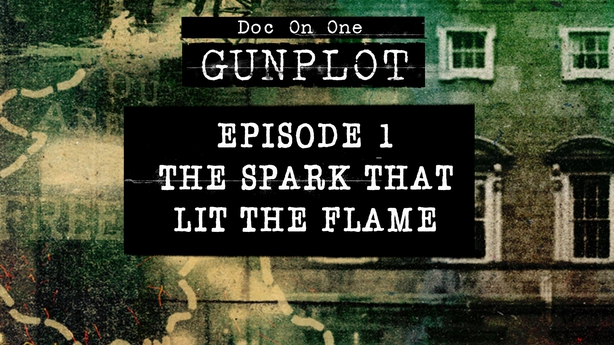 The first episode opens with a suspense-filled scene to reel in the most ardent sceptic. The listener arrives in 1970 as an unnamed gentleman walks towards the office of the Taoiseach, Jack Lynch. He has in his possession a note, the contents of which, if true, might just "bring down the Irish government". Would you believe a tip off that concludes with "SEE THAT THIS SCANDAL IS NOT HUSHED UP"? If you’re wondering what dynamite nugget of information the note contained then I’d advise you stop reading and start streaming.

The fall of Captain James Kelly

The episode contains audio from inside the courtroom of the Arms trial, a first for Irish broadcasting. In these snippets, Captain James Kelly, an officer of the Irish Army, claims he acted on official orders from "The Boss Man which was Mr Haughey".

It was Captain Kelly who arranged for crates of firearms to be imported into the country at the start of The Troubles. A native of Cavan, he lost his parents in his early twenties, served in the UN as an observer of conflict and in the words of his offspring had an "innate understanding of children''.

He died in 2003 but his family still longs for a state apology "something more in the tradition of Bloody Sunday to say the state did wrong and the state is now going to correct that wrong."

They are one of many families irrevocably changed by the events of 1970. "My best friend whispered, "The teachers told us not to talk to you". And I just burst into tears" Captain Kelly’s daughter Slyvia said of life after the arms trial.

What was the Battle of the Bogside?

Besides the focal point of this episode, it marked the beginning of what would become the Irish Arms Crisis. In the 1960’s the IRA was essentially dormant and Catholics and Protestants reluctantly, but peacefully, coexisted. That is until the 1969 Apprentice Boys Parade in Derry. The parade commemorated a Protestant victory over Catholic attackers in 1689, but for many Catholics it reinforced their position as second-class citizens.

When the marchers approached a Catholic area known as the Bogside the atmosphere hit a fever pitch. "About a hundred teenagers from there, gathered at the police barriers chanting and giving two fingers to the bandsmen as they went by. They threw tomatoes and one youth had a catapult and fired ball bearings." An onslaught of violence ensued resulting in a three day battle of "Petrol bombs, stones, bricks bottles" and tear gas.

A tale of two men and one city

The objective of a documentary or indeed any credible reporting is neutrality.

The episode splits between two perspectives of life in 1960’s Derry. That of Eamonn McCann, a civil rights leader from the Bogside, and Gregory Campbell, a Protestant who took part in the Apprentice Boys Parade. The podcast straddles the line between personal anecdotes and concrete facts to establish an emotive, yet unbiased depiction of the conflict.

What is striking as one listens to the juxtaposition of these narratives is not how they differ but the similarities that emerge. "People were marching for certain rights that they didn’t have and I didn't have either. But the anger was that they were blaming me for them not having the rights that I didn’t have either" explained Mr Campbell.

The episode refuses to skim over the injustices of religious discrimination, but equally gives credence to the experiences of those on the opposite side of the barricade.

The podcast's audio fits together like a time machine placing the listener into the belly of the conflict; which as someone with no living memory of 1960’s Ireland is extremely helpful.

The episode shifts between the perspectives of Captain Kelly, Mr McCann and Mr Campbell contrasting their journeys against the sound of archival footage and the occasional narrative interjection. In the background the listener can hear the faint hum of stringed instruments beginning to build as the violence escalates.

An assault of sound hits the ears as words blend with a cacophony of screams, music and news reports the result will leave you with goosebump-ridden skin, perched at the edge of your seat.

The Kelly conundrum: Can you trust a first impression?

As the episode intensifies Captain Kelly becomes a surrogate for the listener, a neutral observer watching as "Bogsiders slopped petrol from open tins into hundreds of bottles and they hurled them over the barricades at the police".

In a book he wrote after the ArmsCrisis Captain Kelly said he " did his best to stay away from the nauseous irritating fumes''. But as he watched from behind the barricades a woman approached with an order. "She told him severely that all the men were needed up front.". And despite his role as an intelligence officer for the Irish army he followed her instruction. Captain Kelly arrived back soon after, "his eyes streaming. With what he described as "a badge of honour".

When the episode concludes the listener is told that the officer has"been changed" by his experience in Derry.

A cabinet in crisis

Although this subheading sounds eerily familiar, fret not for we are still very much in the land of 1969. When word of the Bogside conflict reached the Irish Republic, the Taoiseach Jack Lynch was forced to intervene. After several cabinet meetings he decided to address the nation. According to the podcast he was so "keyed - up" before his speech the head of news had to fetch him a glass of whiskey. If only my workplace shared the same stress policy…..

He concluded his speech with an ominous, yet puzzling phrase "it is clear also that the Irish government can no longer stand by".... What exactly did he mean? And what exactly would he do next?

If you wish to find out then I prescribe seven more doses of GunPlot... 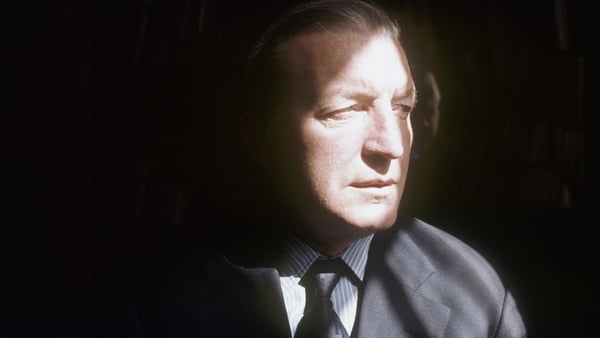