Caution: This book may cause an existential crisis, writes Béibhinn Breathnach of Salena Godden's debut novel...

Salena Godden's debut novel is dead funny. From its opening disclaimer, the stage is set for the most bizarre and humorous exploration into death that you may ever read. The book follows Wolf Willeford, a self-proclaimed poet and the 'ghost writer’ of Mrs Death's memoir.

Honoured by this role, Wolf’s relationship to Mrs Death forms the basis of the story, in addition to containing elements of Death’s own writings. Moving between the dawn of time to the present day, Mrs Death Misses Death interrogates the big questions we ask about dying whilst also focusing on the personal, through stories from the Willeford family tree.

The book weaves together poetry and prose exquisitely, giving this novel about dying a lively pace (pardon the pun). The alternating forms make this a beguiling book and one which is almost too easy to devour. Godden’s background as a poet shines through as she crafts the lyrical verse for Mrs Death to evoke an ancient aura befitting the sage, mysterious figure.

This is expertly juxtaposed by the poetry of Wolf, which is more erratic and uncertain. The characterisation of the two main voices of the novel through poetry is more effective than a more conservative chapter-upon- chapter of prose approach, allowing this work to say everything it can about death in under three hundred pages.

Godden strikes the perfect balance between humour and effective insights into grief, trauma, living, and dying. A reader may tear up one moment and laugh the next, with levity never too far around the corner. Mrs Death herself is reluctant to allow her memoir to be transformed into a bleak work, preferring laughter and cheerfulness.

The author’s depiction of Mrs Death is of a woman who enjoys an evening by the TV with Wolf, a glass of red wine in hand, rather than the traditional scythe. Dreary is simply not her style. The absurd is also employed as a safe space to explore uncomfortable truths about life (and death). The character of the Desk - more specifically Mrs. Death’s desk - communicates its disappointment at the cards it has been dealt by fate. 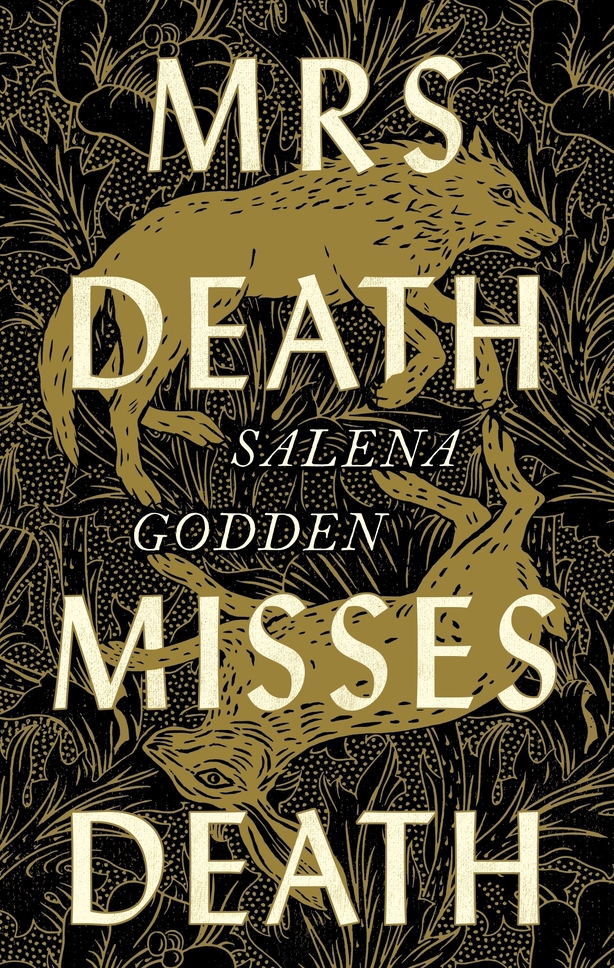 Its dream of being a piano is snatched away, as the world dictated it was destined to be a sentient desk. The Desk is proud of being the desk of Mrs Death, but its lack of agency and isolation are causes of pain. The Desk’s grievances are later echoed, although arguably less overtly, in the depiction of Wolf’s grandmother and the limited role in which she was cast by her husband.

The voice of the furniture allows for these same insights into the pain of living to be developed whilst maintaining the light tone which eases the discomfort of truth. Mrs Death Misses Death should not, however, be dismissed as simply a darkly humorous book. Godden’s observations on mourning are particularly potent as she derives meaning from the mundane, from the objects we choose to keep to the way we might be innocently ‘ordinary’ in our unawareness of how our worlds will irrevocably change.

There is both heartache and comfort as Godden’s capable hand leads the reader through the thought-provoking story of Life and Death. This novel is also imbued with clear social commentary, which stems from Godden’s activism. The deliberate portrayal of Mrs Death as an old black woman is the most obvious of the novelist's critiques, as she recasts the character as various ‘invisible’ figures within society

She directly challenges the reader to acknowledge these individuals, ‘Did you see me today? Did you walk past?’ The power of the work is furthered by the unambiguous references to real cases of injustice, with a poem dedicated to the suffering and death of Sarah Reed in Holloway Prison in 2016.

A chapter is also dedicated to Inga Maria Hauser, a backpacker who was murdered in Northern Ireland in 1988. These two cases epitomise the injustice of human callousness and the real impact it has on lives. Similarly, the death of Wolf’s mother following a fire in their apartment block is the result of poor fire prevention measures in the building. The preventable fire in Mrs Death Misses Death bears a striking resemblance to the Grenfell Tower fire in 2017 and Godden’s snipe, ‘Cheap housing, cheap politicians, cheap lives lost’ encapsulates the response to both her fictionalised fire and the very real tragedy in North Kensington.

Wolf feels injustice deeply. Their anxiety over the state of the world informs more of their fears than Mrs Death. To live is to care, a reality which almost overwhelms Wolf, ‘The world is in chaos, the earth is in climate emergency… We should all be crying on buses. What is wrong with everyone? I am not catastrophising. This is a fucking catastrophe.’

Godden does not leave her reader dismayed as she ultimately concludes that living is a ‘glorious mess’ and knowing that we are alive should make us live as even better people. Mrs Death Misses Death is an irresistible novel which speaks equally to the act of living as it does to the inevitability of dying.

Spoiler alert: This book may contain the meaning of Death.