One of the joys of book history is getting to delve into the shelves of other people's libraries and collections. I am writing a book about the incredible library amassed at Farmleigh House in the Phoenix Park by Benjamin Guinness (1937-91), the 3rd Earl of Iveagh.

This research, supported by the Irish Research Council, will illuminate one of Ireland’s least-known cultural gems – and indeed tell us more about the rare book trade in Ireland over the twentieth century.

Iveagh’s private library of over 5,000 books shows a strong interest in very fine bindings and the works of Irish authors such as James Joyce, Seán O’Casey, Jonathan Swift, and the scientist Robert Boyle.

The collection is now owned by Marsh’s Library and managed by the Office of Public Works.

One of the more surprising finds has been the 20 early texts in the Irish language in the collection. Iveagh himself knew very little Gaeilge, having been educated at Eton and Cambridge University, but he was obviously interested in the history and development of the language. 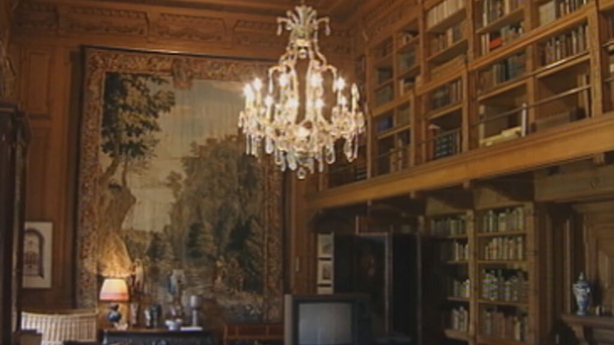 The collection contains almost all of the earliest instructional books for the study of Irish. Iveagh bought a copy of Phroinsias Ó Maolmhuaidh’s Grammatica Latino-Hibernica (1677) for £6,800 in 1987, the high price reflecting the fact that it was the first printed grammar of the Irish language. Lucerna Fidelium (1676), also by Ó Maolmhuaidh, was the first book in Irish published by the press of the Propaganda Fide in Rome.

Other Irish-English dictionaries and grammars by Aodh Buidhe MacCruitín, John O’Brien, Charles Vallancey and Edward O’Reilly also feature in Iveagh’s collection. These men were fascinated by the long history of the language, but Vallencey has raised eyebrows in claiming the Irish were descended from the Aire Coti tribe of ancient Persia. The most unusual of these texts is probably the French-language introduction to Irish from 1804, Alphabet Irlandais. 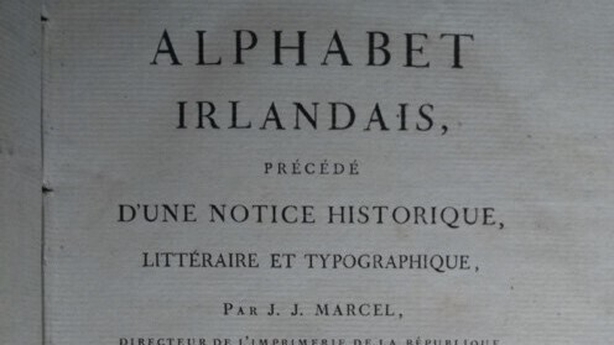 Iveagh was a member of the Church of Ireland and he seems to have gone out of his way to collect early Irish-language editions of religious works. The Old Testament (Leabhuir na Seintiomna) first appeared in the old Irish script in 1685. It was translated by William Bedell with the financial assistance of Robert Boyle. One of the copies in Iveagh’s library contains the rare preliminary leaf with explanatory notes on the Irish font – an addition thought to only exist in the copies that were initially sent to Scotland. 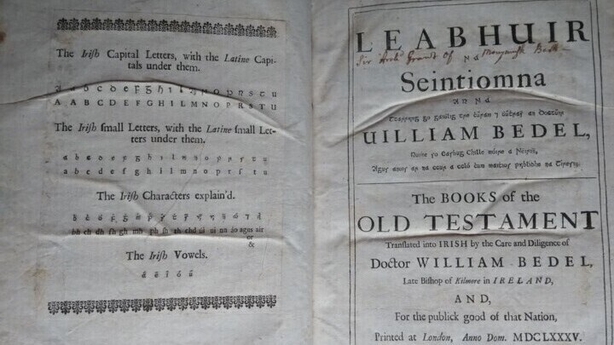 Robert Boyle was also involved in the project to reprint the New Testament in Irish. Iveagh collected two copies of Tiomna Nuadh (1685), one of which had reportedly been presented to Lincoln’s Inn Library in London by the great scientist himself.

The texts are visually striking in their use of the rare Irish printing type, something that would have appealed to Iveagh’s enthusiasm for beautifully-made books. They also contain signatures and bookplates which tell of previous owners and speak to the importance of early aristocratic patrons in the development and survival of Irish works.

The crowning glory of the Irish language material in Iveagh’s library is also one of the earliest. The Treatise on the Irish Language and Alphabet, more commonly known as Queen Elizabeth's Irish Primer, was composed sometime around 1564. This highly valuable manuscript is thought to have been produced for the Queen to help her learn the language of her subjects. Essentially a brief instructional manual, it gives translations in Irish and Latin for six phrases: "How doe you"; "I am well"; "I thancke you"; Cann you speake Iryshe"; "Speake Latten"; "God save the Queene off England". 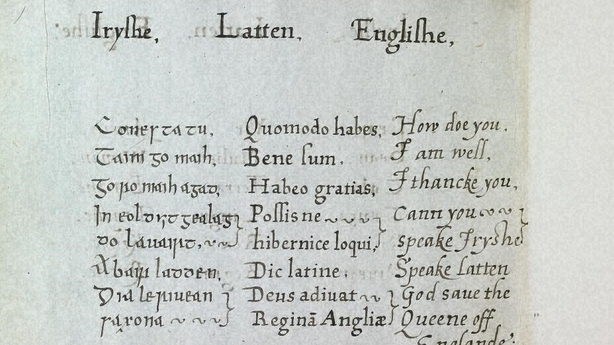 In a gesture that no doubt would have pleased Benjamin Guinness, the current Queen Elizabeth was presented with a facsimile of this text when she visited Ireland (and stayed at Farmleigh) in 2011.

Dictionaries and translations can tell us a lot about the development of a language. They can also give us a glimpse into more modern attitudes to the language. Iveagh's private library was a space of learning, not only regarding literature and collectibles, but linguistic history as well. Reinforcing Guinness’s historic ties with Ireland, these books suggest a broader engagement of the famous brewing family with Irish cultural heritage. 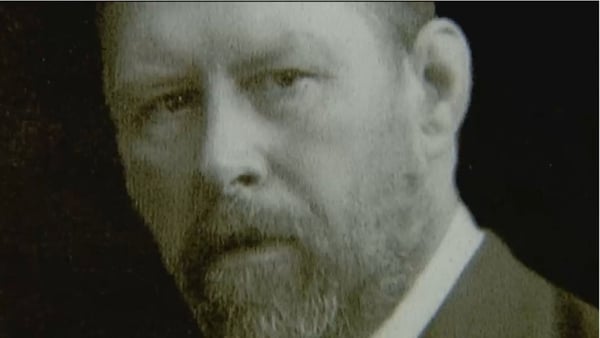