Jason McElligott, Director of Marsh's Library, writes about the young Bram Stoker's visits to Dublin's oldest public library, opened in 1707, and what they reveal about the early years of the author of Dracula...

Abraham Stoker was 18 years old when he first came to read in Marsh's Library on 4 July 1866. A native of Dublin, a city which was then within the United Kingdom of Great Britain and Ireland, the young man was known to all and sundry by a diminutive form of his first name: 'Bram’.

The tall, physically-imposing teenager was employed in an entry-grade clerical position in Dublin Castle, a few minutes’ walk from the Library, and was still formally enrolled as a student at Trinity College Dublin when he crossed our threshold.

Bram Stoker’s name is well-known today because of his macabre horror novel of 1897, Dracula, but when it was published the book made little critical or commercial impact. It was only with the advent of cinema that the dramatic possibilities inherent in Stoker’s tale were fully realised and Count Dracula entered the consciousness of the general public.

Stoker's seven visits to Marsh's Library provide a counter-point to any suggestion that he was sporty, sociable, but dim. They offer a window into his intellectual interests and preoccupations...

In total, Bram wrote a dozen novels and a host of short stories. His books and stories earned him a trickle of money during his life, but imaginative literature was only ever a part-time occupation for him. Instead, after his emigration from Ireland to London in 1878 he earned his living as manager of the Lyceum Theatre and was secretary to its owner, the great Shakespearean actor Henry Irving (1838-1905).

Stoker’s gregarious nature made him an ideal right-hand man for Irving. While the guv’nor (as he was known) could be cold, aloof and haughty, Bram was charming, warm-hearted, and ‘hail-fellow-well-met’. He was a natural at the front of house: shaking hands, smiling, and welcoming patrons by name. He seems to have had kind words for everyone and in a successful career spanning a quarter of a century, he was not above consciously deploying ‘blarney’ from the old country to mollify difficult patrons and staff.

The actress Ellen Terry, who was famous both for her beauty and playing leading ladies opposite Irving for three decades at the Lyceum, described Bram as ‘one of the most kind and tender-hearted of men. He filled a difficult position with great tact, and was not so universally abused as most business managers, because he was always straight with the company [of actors and staff], and never took a mean advantage of them.’

The Lyceum Theatre was an important centre of cultural life in late-Victorian London, and the famous after-show dinners on the premises meant that Bram got to know everybody who mattered in the metropolis. The frequent tours by the Lyceum Theatre Company of the United States and Canada during the London ‘off season’ also meant that Bram became very familiar with many of the most influential men and women in North America: industrialists, politicians, newspaper owners, journalists, artists, and military men. In one manuscript previously uncited by any scholar, Bram describes a curious meeting with the Native American leader ‘Sitting Bull’ in Washington DC.

He was a very private individual who left behind very few sources which provide clues as to his personal thoughts and opinions.

Stoker was a loyal and patriotic supporter of the British monarchy but he greatly admired the United States of America for its freedom, openness, and rugged democracy. Even though Britain’s Empire controlled almost one-quarter of the landmass of the globe by 1900, Stoker believed that the twentieth century would be marked by the rise of America to greatness. Stoker’s mixture of British patriotism and admiration for America was rare in its day, and perhaps the only British public figure espousing similar sentiments in the early years of the twentieth century was Winston Churchill (1874-1965).

He was a very private individual who left behind very few sources which provide clues as to his personal thoughts and opinions. The relatively little that is known about his life and career in Dublin between his matriculation at TCD in Michaelmas 1864 and his departure for London is usually organised around his lack of academic distinction, his imposing athletic prowess, and his gregariousness in college societies and about town. Stoker's seven visits to Marsh’s Library provide a counter-point to any suggestion that he was sporty, sociable, but dim. They offer a window into his intellectual interests and preoccupations, and are suggestive of the political, cultural and social milieu in which he reached adulthood in Dublin.

Bram Stoker's name is well-known today because of his macabre horror novel of 1897, Dracula, but when it was published the book made little critical or commercial impact.

Since unearthing Stoker’s visits to Marsh’s Library, I have discovered that he sought out libraries and book collections wherever he went in the United Kingdom, North America and continental Europe. When he did so, he was specifically looking for, and interested in, rare books and pamphlets from the sixteenth and seventeenth centuries. Stoker often used texts from this early period for inspiration in his novels and short stories, but libraries also seem to have played an important part in creating a calm, reflective environment for a man who seldom finished work at the Lyceum before the small hours of the morning and was frequently away from home touring across the United States or Canada for months at a time.

It is fitting that when Stoker’s New York-based friend Horace Porter wrote to him in London in May 1885 he quoted a line from Shakespeare’s Titus Andronicus (Act IV, Scene 1): ‘Come and take Choice of all my library and thus beguile thy Sorrow’. 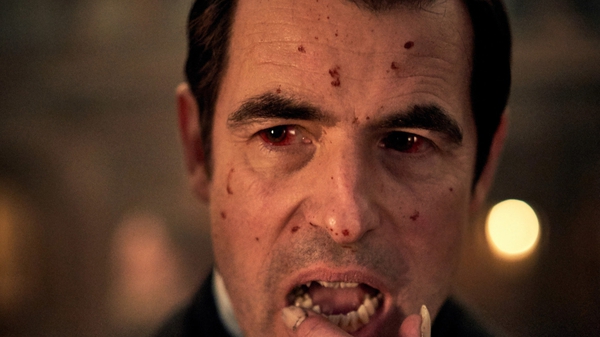 The many faces of Dracula - 5 fang-tastic portrayals