The tradition of mumming (calling to peoples' houses over the 12 days of Christmas to entertain and bring luck) was recently revived by the Modern Day Mummers.

A new film, produced by RTÉ and commissioned by Creative Ireland and RTÉ Supporting the Arts, tells the story of the Modern Day Mummers and shows the impact of their performances as they call to elderly people in the community during Covid-19 - watch it above, and read all about the Modern Day Mummers below...

During both lockdowns in Ireland this year, dancer Edwina Guckian, singer Fionnuala Maxwell and musician Brian Mostyn visited the homes of elderly or vulnerable people across their communities in Co. Leitrim.

Dressed in their distinctive straw head-dresses they recreated the mumming tradition that many of these elderly people would have remembered from their own childhoods. They knocked on the doors of cocooners and played tunes, sang, danced and chatted before they moved on to the next house. In turn, the simple act of calling to the house provided a much-appreciated break from the social isolation experienced by many of those visited. 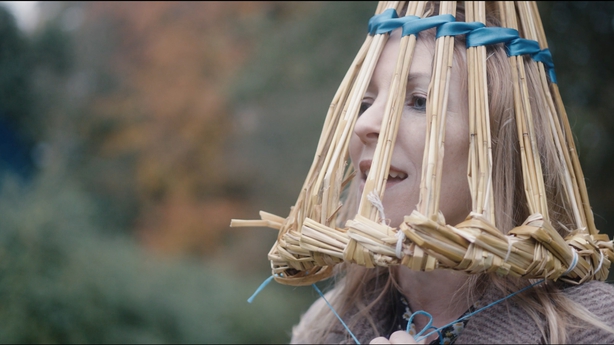 Rural isolation is not a new problem in Ireland but it has been made more acute by the current pandemic and as such Creative Ireland is delighted to partner with Leitrim County Council to support the well-being of some of our most vulnerable citizens.

This project will continue until the end of this year, reaching different locations around Leitrim.

Mumming is a beautiful, old Irish Christmas time, house visiting tradition involving a group of friends or family who dress in disguise and visit homes of their neighbours and community during the twelve days of Christmas. If the mummers are welcomed into a house, they will sing, dance, play music and tell stories and perform the mummers' play. The hosts must guess the mummers’ identities before offering them food or drink. They may poke and prod the mummers or ask them questions. To make this a challenge for the hosts, the mummers may stuff their costumes, cross-dress, wear silly disguises and adjust the tone of their voices. Once the mummers have been identified, they remove their disguises, spend some time with the hosts, before they travel as a group to the next home.

Now don’t get confused! Strawboys are for entertaining all year round at weddings and wakes, Wrenboys are for hunting the Wren on St. Stephen’s Day while traditionally, the mummers marched and performed during the twelve days of Christmas. They were led by a captain or king and they would sing, dance, play music and act the fool upon his request. 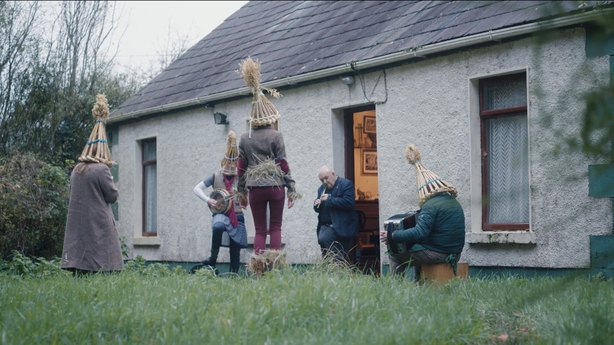 The Mummers’ play was their piece de resistance. It was probably the scene of the first folk theatre in Ireland. Generally, the mummers’ play was in verse and usually, the main theme was a battle between two heroes, there was a death and a miraculous resurrection by a doctor and none of it was taken too seriously. The play brings to life characters such as St. Patrick and his battle with St. George, Oliver Cromwell, Jack Straw, Beelzebub and the Doctor with his bag of cures and tricks. Amidst the dancing, music and comedy were the universal themes of good triumphing over evil and marking the year’s passing with a reflection on the death of the old year and the rebirth of the sun for the new year.

While the origins of mumming aren’t known, it is an ancient tradition in our homeland, said to date back as far as 2500 years. There is reference to them in the ancient annals of Ulster, men in disguise and tall conical masks are mentioned as chief entertainers to Conor Mac Nessa, King of Ulster, at the fort of Emain Macha.

Find out more about RTÉ Supporting The Arts here, and the Creative Ireland Programme here. 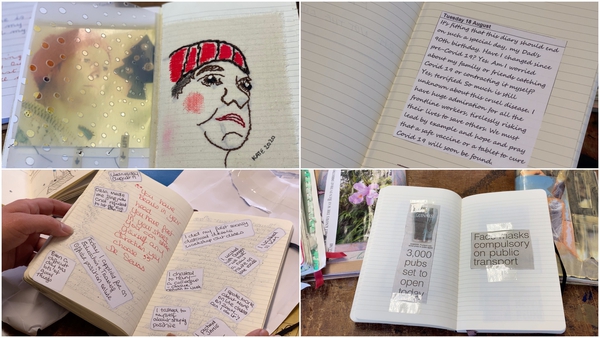 Kildare Notebooks: inside the Covid-19 diaries