Constellations: Reflections from Life by Sinéad Gleeson is the latest Book on One title to be broadcast in a season whose focus is writers reading from their own work - listen to her essay Hair above.

Gleeson reads from the selection of her essays that made an international impact on their publication, receiving glowing reviews as well as being short-listed for the James Black Memorial Book Prize, named Irish Non-Fiction Book of the Year and the Emerging Writer Award of the 2020 Inaugural Dalkey Literay Awards.

Gleeson’s Book on One readings open with her essay Blue Hills and Chalk Bone in which she describes her realization of becoming aware of her body giving out, of its refusal to ever be an afterthought. Other essays Gleeson reads on Book on One are Hair, in which she explores the subject as an aspect of the body with which we fashion our identities and at other times which imposes identities on us.

'Trying to find the words and put them in the right order, when you know they will never be adequate'

References in this essay are mined from a broad sweep of sources including the short stories Bernice Bobs Her Hair by F. Scott FitzGerald and The Gift of The Magi by O. Henry; to Louise May Alcott's Little Women and Rapunzel. Music references include PJ Harvey’s 1992 album Dry, Sinéad O’Connor and Kate Bush. She also recalls her own different hairstyles down the years, along with her only memory of her publicly wearing the artificial 'so-expensive-it-looks-real wig’ provided as part of her health insurer following her chemotherapy, as she was told by a woman down the phone that hair "is considered a ‘prosthesis – like a leg’’. 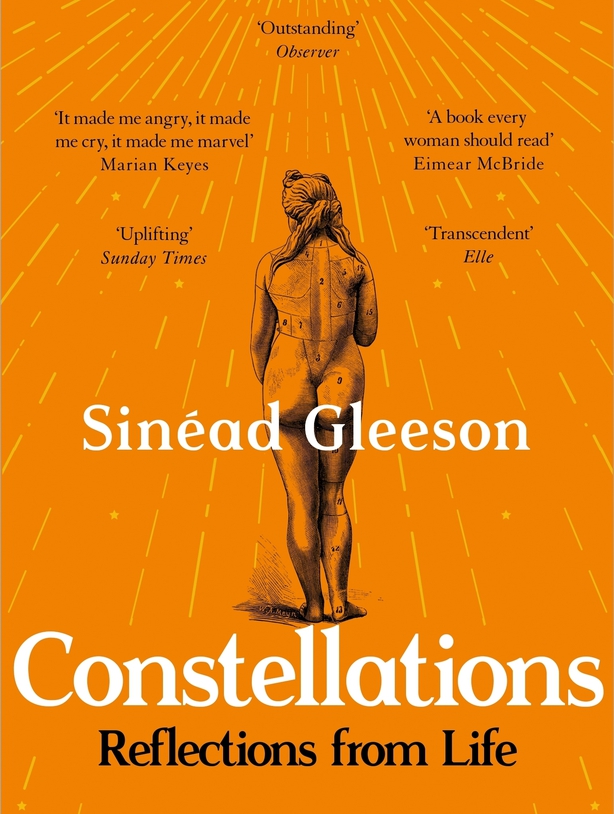 Another essay in the selection is Our Mutual Friend. This essay, Gleeson says, generates hugely personal reactions and empathy both from readers who have read it themselves, but also following her own reading of it at public events. It shares the infectiousness and possibilities of what it is to be young, caught from the perspective of time past; of summers spent on the cusp of but without responsibilities, of becoming who we will be, set against what Gleeson describes as ‘trying to find the words and put them in the right order, when you know they will never be adequate’ to tell a story of one life cut short, while others go on.

Constellations: Reflections from Life by Sinéad Gleeson is published by Picador. It continues weeknights on RTÉ Radio 1 at 11.20pm until Friday 27 November 2020. All episodes can be heard here for 4 weeks following their broadcast. Book on One is produced by Clíodhna Ní Anluain - listen back here.