With Christmas fast approaching and the locality falling under an increasing blanket of snow, the apparent tranquillity of Ballyglass House is shattered by the barbaric murder of the local priest in John Banville's latest novel, Snow.

"I’m a priest for Christ’s sake – how can this be happening to me?" Little time is wasted by John Banville in getting down to the business of murder. From the book’s opening line, we are plunged into a barbaric attack, the victim unaware of their assailant but increasingly understanding of their fate as life drifts out of their body.

The brutal murder of a Catholic priest in the late 1950s - inconceivable in Ireland, such was the Church’s standing - is surely an event enough around which to build a book. Factor in the fact, however, that the murder occurs in the dead of night in the country house of the Anglo-Irish Osbourne family, that the victim has been expertly castrated, the removed organ nowhere to be found, and that the obvious massacre failed to rise from their slumber the residents of Ballyglass House. Straight away you grasp that Banville is not a man for attempting anything other than an expertly multi-layered whodunnit.

Into the aftermath of the crime arrives Detective Inspector St. John Strafford, dispatched from Dublin to investigate the crime partly due to his familial links to Wexford. He is far from being a one-dimensional force, being a Protestant in a position of authority within An Garda Siochána. An apparent loner carrying some unexplored baggage of childhood, he is unwilling to bend to pressure from superiors to put the whole event to bed, even if it means turning a blind eye.

While Banville has departed from his pseudonym Benjamin Black to write crime in his own name, Black’s famed pathologist Quirke makes an absent cameo, on hand in Dublin to perform the late Father Tom Lawless’s post-mortem.

A more prominent presence is Archbishop John Charles McQuaid, closely monitoring affairs to ensure that the Church’s name is not tarnished by the murder. The Archbishop makes every effort to ensure that the more gruesome details remain solely within the knowledge of the investigating officers and the residents of Ballyglass. McQuaid's presence means that Snow is as much a document about societal structures of Ireland seven decades back as it is a work of crime fiction. 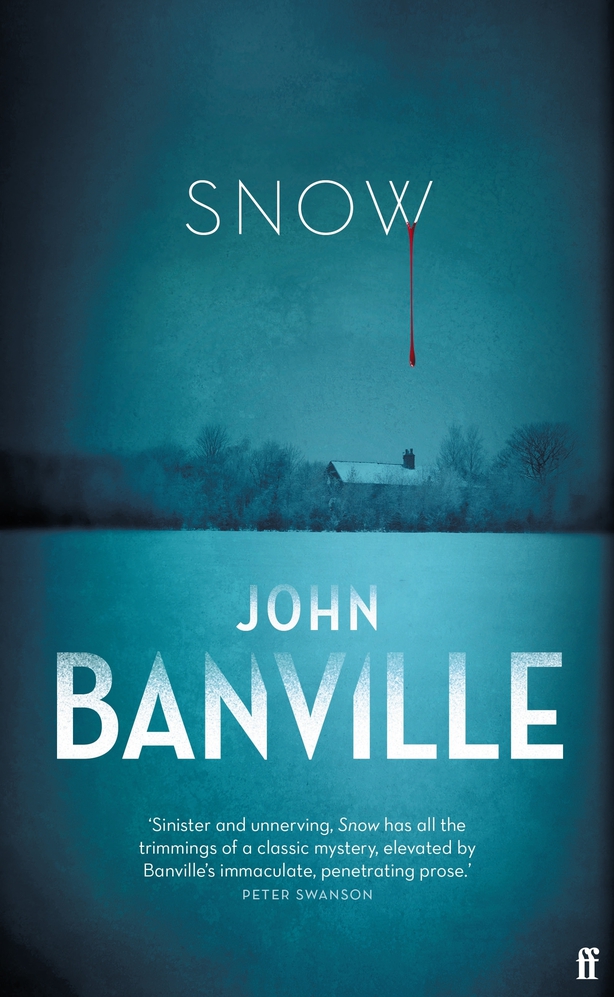 Discretion though is not at the gift of the locals, even at Christmas. It seems as if every living entity in the locality knows of every sordid detail of the crime.

As Strafford expands the span of his investigation, he meets a stream of characters who constantly leave the reader wondering if they are exactly who they seem. From a clearly dysfunctional Osbourne family, a relative appears, whose primary concern for Father Lawless revolves around the inheritance of a horse. Far from remaining schtum, the locals are happy to open the door to hints of scandal or impropriety involving all those with even the remotest link to the incident.

Opening the door to a clue born of rumour or innuendo is almost deemed acceptable, but fully divulging information which would send the visiting officer on a more direct route to solving the crime seems beyond most people's ability.

Comparisons have been drawn between Snow and works of the classic era of crime writing. Such comparisons are warranted, but this is far more than a hat tip to the work of Raymond Chandler and Agatha Christie. This is a lyrically-written work which leaves you guessing to the end and pondering beyond the postscript.

With any luck, Strafford will become a more frequently seen character under Banville's pen, as the pathologist Quirke was under the dark watches of Benjamin Black.