Following the discovery of the corpse of a highly respected parish priest at Ballyglass House - the Co. Wexford family seat of the aristocratic, secretive Osborne family - Detective Inspector St John Strafford is called in from Dublin to investigate...

I'm a priest, for Christ’s sake – how can this be happening to me? He had noticed the empty socket where the light bulb was missing  but had thought nothing of it. However, when he was halfway along the corridor, where the darkness was deepest, something seized him by the left  shoulder, some sort of animal, it seemed, or a large heavy bird, that drove a single talon deep into the right side of his neck just above the rim of his collar. All he felt was the quick, stabbing blow, then his arm went numb  all the way down to his fingertips.

Grunting, he stumbled away from his assailant. There was a taste at the back of his throat, of bile and whiskey mixed, and of something else, harsh and coppery, that was the taste of terror itself. A hot stickiness was spreading down his right side, and he wondered for a moment if the  creature had vomited on him. He went on, reeling, and came to the landing, where a single lamp glowed. In the lamplight, the blood on his hands looked almost black.

His arm was still numb. He lurched to the head of the stairs. His head swam, and he was afraid he would fall, but with his left hand he clutched the banister and managed to negotiate his way down the sweeping curve of the staircase to the hall. There he stopped, swaying and panting, like a wounded bull. No sound now, only a dull slow drumming in his temples.

A door. He wrenched it open, desperate for sanctuary. His toecap  caught the edge of a rug and he pitched headlong, slack and heavy, and, falling, struck his forehead on the parquet floor.

He lay still in the dimness. The wood, smelling of wax polish and old dust, was smooth and cool against his cheek.

The fan of light on the floor beyond his feet folded abruptly as some one came in and pushed the door shut. He flopped over on to his back. A creature, the same or another, leaned over him, breathing. Fingernails, or  claws, he didn't know which, scrabbled at his lap. Sticky there, too, but not from blood. He saw the flash of the blade, felt it slice coldly, deeply,  into his flesh.

He would have screamed, but his lungs failed him. No strength, any more. As he faded, so did the pain, until there was nothing except a steadily creeping cold. Confiteor Deo . . . He released a rattling sigh, and a bubble of blood swelled between his parted lips, swelled and swelled, and burst with a little pop that sounded comical in the silence, although by now he was beyond hearing it.

The last thing he saw, or seemed to see, was a faint flare of light that yellowed the darkness briefly. 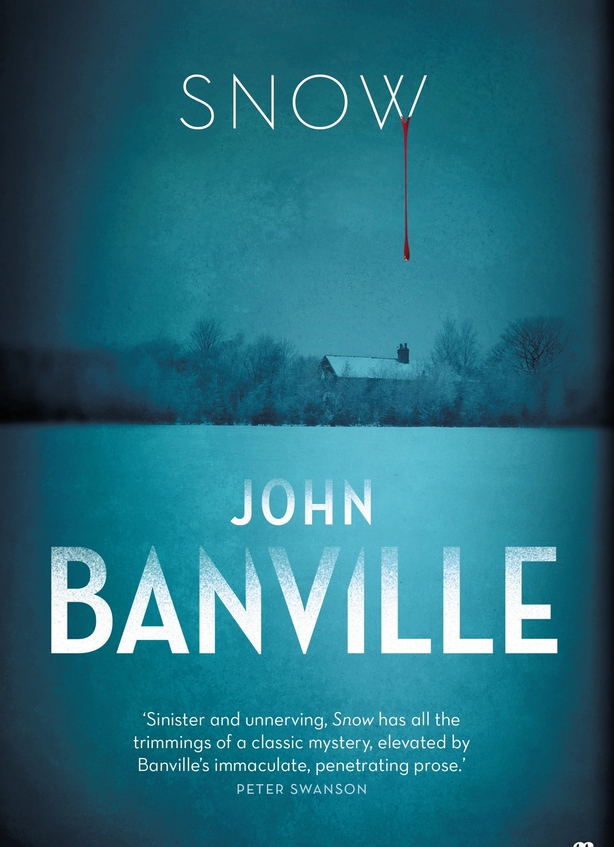 'The body is in the library,' Colonel Osborne said. ‘Come this way.’

Detective Inspector Strafford was accustomed to cold  houses. He had spent his earliest years in a great gaunt mansion much like this one, then he had been sent away to school to a place that was even bigger and greyer and colder. He often marvelled at the extremes of discomfort and misery that children were expected to endure without the slightest squeak of protest or complaint. Now, as he followed Osborne across  the broad hallway – time-polished flagstones, a set of antlers  on a plaque, dim portraits of Osborne ancestors lining the  walls on either side – it seemed to him the air was even icier  here than it was outside. In a cavernous stone grate three sods of damp turf arranged in a tripod smouldered sullenly, giving  out no detectable warmth.

It had snowed continuously for two days, and this morning everything appeared to stand in hushed amazement be fore the spectacle of such expanses of unbroken whiteness on all sides. People said it was unheard of, that they had never known weather like it, that it was the worst winter in living memory. But they said that every year when it snowed, and also in years when it didn’t snow.

The library had the look of a place that no one had been in for a very long time, and today it wore a put-upon aspect, as though indignant that its solitude should be so suddenly and so rudely violated. The glass-fronted bookcases lining the walls stared before them coldly, and the books stood shoulder to shoulder in an attitude of mute resentment. The mullioned windows were set into deep granite embrasures, and snow-light glared through their numerous tiny leaded panes. Strafford had already cast a sceptical eye on the architecture  of the place. Arts-and-Crafts fakery, he had thought straight  off, with a mental sniff. He wasn't a snob, not exactly, only he liked things to be left as they were, and not got up as what they could never hope to be. 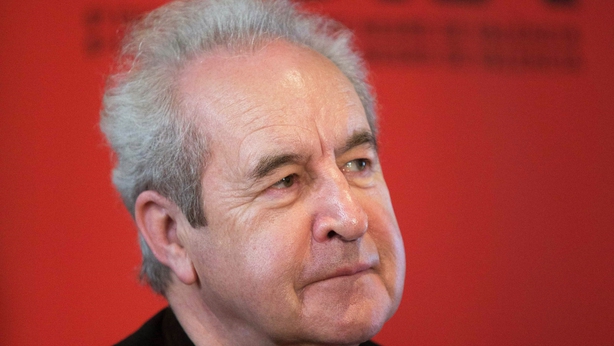 But then, what about himself? – was he entirely authentic? He hadn’t missed the surprised glance with which Colonel Osborne, opening the front door, had scanned him from head to toe and back again. It was only a matter of time before he would be told, by Colonel Osborne or someone else in the house, that he didn’t look much like a policeman. He was used to it. Most people meant it as a compliment, and he tried to take it in that spirit, though it always made him feel like a confidence trickster whose trick has been exposed.

What people meant was that he didn’t look like an Irish policeman.

Detective Inspector Strafford, first name St John – 'It’s pronounced Sinjun,’ he would wearily explain – was thirty-five and looked ten years younger. He was tall and thin – ‘gangly’ was the word – with a sharp, narrow face, eyes that in certain lights showed as green, and hair of no particular colour, a lock of which had a tendency to fall across his forehead like a limp, gleaming wing, and which he would push back with a  characteristic stiff gesture involving all four fingers of his left hand. He wore a grey three-piece suit that, like all his clothes, appeared to be a size or more too big for him, a narrowly knotted wool tie, a fob watch on a chain – it had been his grandfather's – a grey gabardine trench coat and a grey wool scarf. He had taken off a soft black fedora and now held it by the brim at his side. His shoes were soaked from melted snow  – he didn’t seem to notice the puddles forming under him on the carpet.

There was not as much blood as there should have been, given the wounds that had been inflicted. When he looked more closely he saw that someone had mopped up most of it. The priest’s body had been tampered with too. He lay on his back, hands joined on his breast. His legs were aligned neatly side by side. All that was lacking was a set of rosary beads twined around his knuckles.

Say nothing for now, Strafford told himself. There would  be time enough for the awkward questions later on.  On the floor above the priest’s head stood a tall brass candlestick. The candle in it had burned out completely and the wax had flowed all down the sides. It looked, bizarrely, like  a frozen cascade of champagne.

'Damnedest thing, eh?’ the Colonel said, touching it with the toe of his shoe. ‘Gave me the shivers, I can tell you. As if there’d been a Black Mass, or something.’

Strafford had never heard of the murder of a priest before, not in this country, or at least not since the days of the Civil War, which had ended while he was still a toddler. It would be a huge scandal, when the details got out, if they got out. He didn’t want to think about that just yet.

Snow by John Banville (published by Faber and Faber) is out now. 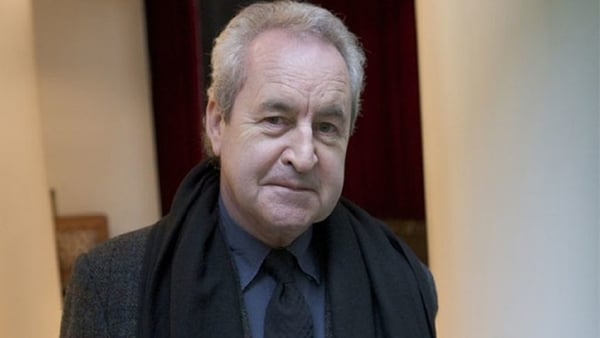