Flower Wild, a short story by Shane Tivenan, was this evening announced as the winner of the RTÉ Short Story Competition in honour of Francis MacManus, one of Ireland’s most significant literary prizes. Listen to Flower Wild above, read by Ingrid Craigie.

The announcement was made live on Arena on RTÉ Radio 1 as part of a special programme dedicated to the awards - listen to Arena below.

Second place was awarded to Kissing Booth by Alan Walsh from Wicklow town, while The Shape on the Strand by Katherine Duffy, from Dundalk but living in Churchtown, Dublin, was awarded third place.

Flower Wild, described by the judges as "spellbinding" and "an outstanding piece for radio", takes the form of an imagined interior monologue of Violet Gibson, the Irishwoman who attempted to assassinate Mussolini. Originally from Athlone but currently based in Madrid, where he teaches English, this is Shane's first published – and broadcast – short story since he took up writing in 2018.

Explaining the origins of the story, Shane says, "I came across Violet Gibson when listening to Lisa O’Neill’s song about her. I looked into Violet's life more over the following months and found many unknowns. What stories did she need to tell herself before she upped and shot an Italian dictator? Was it possible for her to stay sane in that asylum for three decades? Was she able to make peace with the complete abandonment, with herself, at the end of a life? These questions haunted me into writing Flower Wild."

As the overall winner, Shane Tivenan will receive €3,000, while €2,000 and €1,000 will be awarded to Alan Walsh and Katherine Duffy respectively. Each of the seven runners-up will receive €250.

All 10 shortlisted stories will be broadcast in a season of new writing on RTÉ Radio 1, starting tonight (Monday September 28th) at 11.20 pm with the winning story, which will be read by Ingrid Craigie.

Sarah Binchy, producer of the RTÉ Short Story Competition series, said: "Our congratulations to the prizewinners and all on the shortlist. These talented writers are literary names to watch. We look forward to bringing their richly imagined stories to a wide audience on the radio and by podcast over the next two weeks."

· Wednesday 30th September: The Shape on the Strand, by Katherine Duffy (Dublin 14), read by Jane Brennan

· Tuesday 6th October: Everything Will Be Recorded, by Seán Mackel (Co. Donegal) read by Lalor Roddy

· Wednesday 7th October: Beneath the Trees, Where Nobody Sees, by Julie Cruickshank (Dublin 8), read by Cathy Belton

You can read all 10 shortlisted stories at RTÉ Culture here. They will also be available for listen-back and podcast at rte.ie/writing and wherever you get your podcasts. 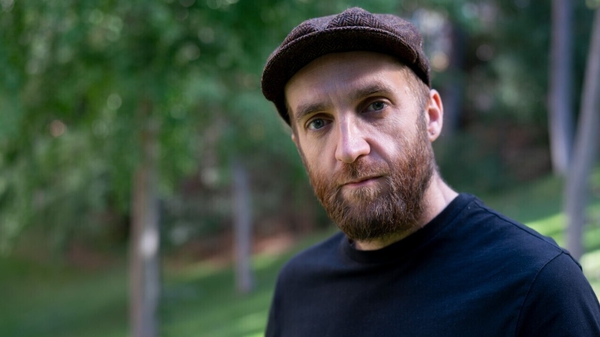