From the shortlist of ten for this year's RTÉ Short Story Competition, read Kissing Booth by Alan Walsh...

Catching the virus is a ticket to a better life...

"Have you kissed him yet?" Georgie is machine-gun texting me every forty seconds since I joined the queue. He's rolled up in a duvet at home in front of an old Fellini movie, I’m marooned out here with twenty other desperate loners on the frozen tundra of a Tesco car park at three in the morning.

Scout’s honour he’ll whip me up an egg breakfast, though, right after the hooker stops crying. I guess he means in the movie. The boy never even went to Scouts.

My lips sting from acrid, machine coffee and my eyes blur, waiting on a text message telling me I’m next through the door.

It’s spring, the birds volley screeches between nests across the sky, none of us below as much as make eye contact, shambling around distractedly between the painted white lines, heads in our phones.

"Check his swab results before you go near him. Be sure it’s legit. We’ve dropped so much money on this, Julie."

It was nine thousand just to get in the queue. Too late to back out now. I clock back on at nine. Nothing confirmed yet, but rumour is they start swabbing people at work today. Only reason they’d do that is to let the Negatives go. It’s been on the cards for weeks. Places are only hiring Positives now. I’ve been out the last forty odd hours, trying to catch it.

We’re still about eight months behind Spain, where they say it originated. Policía Nacional are already escorting Negatives from gated communities there. Political and Entertainment careers now live and die by the swab result. The news called it a 'viral neural empathiser’. VNE. The first patients in Madrid resurfaced from their twenty-hour comas with clear, unblemished skin.

Georgie and I held each other and wept as yet another test blinked negative yesterday morning. I’m kicking myself that I didn’t grab something heavier than his old United tracksuit top. It’s Baltic out here. I draw a few sideways glances, stamping the concrete for a little warmth as the overhead light flickers on above the door and everyone’s face dives into phone-screen-whiteness looking to see if they get the next invite. I’m here almost two hours now, it bloody better be me. They dropped the Pos tag from Tinder this week, now they’ve all migrated to their own app. Paula and Tom tested positive on Monday and have already stopped answering our calls.

I dredged up this guy’s ad on the dark web. He said he was selling infections out the back of a supermarket after hours and I was one of the blessed few to answer before he deleted it twenty minutes later. Positives already jealously hoard infection within their circles, we’ve got like a week before these deals stop happening.

When the invite finally bubbles up on my screen I almost want to be sick, stumbling into an awkward canter through the pack before someone else grabs my spot. My fingers tremble enough it’s a challenge taking the door handle and I step through to a practically unlit corridor where two guys in plaid shirts and designer trainers hunch under a neon light. Uniform white teeth, tans blanched livid by the bulb. Lean, firm, tidy. Positives.

A wordless flick of the fingers instructing me to hand over my phone. VNE, lest we forget, doesn’t enhance your manners. They comb the details on my screen, matching them against their data. "You only paid entry. We’ll take the infection fee now." It’s a further twelve grand. I swallow hard, drag in an icy breath and swipe my finger across the screen to complete payment. I’m almost distracted by a loud, tinny rumbling from somewhere close. "You get your phone back after. He’s through the canteen, in the back office to the left. You’ll hear the TV once you get to the coat rack, just follow the sound."

"What’s that rattling, you don’t hear it?" They blank my question long enough I just slink away in the direction of the rack, light fading with each step. I never imagined they’d take my phone. I wanted to stay in contact with Georgie. It’s mainly his money, he’s that saving type. I only had three hundred and sixty to add to the pool, so I’m nervy about just paying out like that, but there aren’t any second chances here. He’d definitely have done the same.

My nausea spikes reaching the coat stand and I first catch the low murmur of white noise just a few metres away. Am I even sure these guys are Positives? Anyone could place an ad like that. He claimed he was infected eight weeks and was doing this to collect enough for a second boat. His photo looked like one of those models they scare up from agencies for reality shows.

VNE transmits via bodily fluid. A long, wet kiss, with tongue, will almost certainly get me there. That’s what he’s selling. Then I go home, take care of Georgie.

I take the direction of a wall blotted flickering blue and the white noise is already  loud enough to hurt. They’re trialling broadcasts at frequencies only Positives can watch, which I find kind of scary. I’m stalking through the aisles of an unlit staff canteen, polished surfaces reflecting my expression. I need to pull it together, I can’t walk in looking this unravelled. I ditch the United top on a chair and straighten my t-shirt. My hair is hopelessly matted with dew and the cuffs of my jeans spot with damp from the grass outside.

I find the door ajar to the back office and the TV flicks abruptly from the white noise to a channel where Ross is insisting to Rachel they were on a break. The chair in front of me spins and a young man of Euclidean beauty, ensconced in an impossibly soft looking white hoodie rises up out of it with a warm grin and outstretched hand.

"Hi there. I’m Oscar," he says, through a smile that could sell me any product ever devised by a human, "lovely to meet you." I bumble through a double take.

"It’s Julie. I’m sorry, for some stupid reason I expected someone older." His grin shifts up a gear, dropping onto the sofa and he gestures for me to join him. "Sorry about all this cloak and dagger stuff, but a friend warned me this will be illegal by Saturday." It bothers me to hear things like that. "Also, I suppose it’s like a kind of prostitution really. Selling kisses out the back of a car park."

"I mean kissing booths always had that vague feeling."

I can’t believe this. He’s not some superior jerk in an Italian suit. He’s joking, pouring me a Coke, holding eye contact. "Not to sound weird, but it’s good to finally meet someone nice in here. It’s been a conveyor belt of weirdos so far. Types of people I truly never imagined I’d kiss." He sighs, and goes to continue but my surging adrenaline is already puking up questions like a schoolchild.

"VNE? So, it’s another world. You’re a kid again. Energy, curiosity. No hangovers is just massive too."

I’m giggling like an idiot, I can’t help it.

"Really, though, it’s all the side stuff you never expected. Animals suddenly love you. I mean every animal is your bestie now. Here are my two dogs. But here are the cats, the hedgehogs, badgers that come to my garden, just to hang." He’s showing me his phone, swiping photos of birds alighting right in his palm, dolphins bobbing to meet his fingertips.

"Is that your place? It’s gorgeous."

"It’s my coast place. Cliff view. I’m all about sailing so I’m there like all summer. When I have kids I’ll get them out on the water from day one. You got any kids?"

"No. I mean, Georgie’s not really ready."

Crap, should I have mentioned him? I’m buying a kiss. Play it safe.

"Kinda, but nothing serious." Five years, mortgage arrears on a balcony flat and a Fiat Punto.

"Well, you’re lucky you have someone. Downside to being positive, such a tiny pool. And it’s not getting any bigger. I haven’t had a date in months. Everyone’s snapped up. Everyone nice anyway."  He looks like he means it.

"What will you do once you catch it?"

I hadn’t prepped for small talk like this. I should’ve chanced a drink.

"Old Georgie popped the question yet?"

"He’s been waiting, I think, for something like this. He wants to travel first. See things, you know."

"He waiting outside now?"

"He’s at home," but before he gets the wrong idea, "he’s doing me eggs for breakfast."

"Nice. How do you like your eggs?" Fertilised! I muffle my sister resurrecting that particular joke every visit.

"Overdone, dry as the Gobi. Mountain of pepper. He takes his wet, we use separate pans." Then, to unblock the sudden quiet, "Is it true your taste in food changes?"

"Your taste in everything changes."

"Films. Music. People." Why in hell am I blushing? Stop it, Julie.

"And what stays the same?"

"You mightn’t like that answer." Hairs levitate along my nape.

"Nothing." He leans in, saying it. His fingertips tingle the edge of my chin with a shocking intimacy, touching his lips on mine. I can tell we’ve started for real because my heart and lungs are for some reason searing themselves out of my chest. I’d dreaded the mechanical damp of a stranger’s mouth. By the time he starts kissing I can’t even breathe. I’m a beat behind reciprocating, but race to catch up. It doesn’t need to last anything like this long, but I fight to stop it ending. I’m smiling so much it stings and when at last I open my eyes he’s right up close, all I can see.

"What is it like? You’ll see what I see very soon, Julie. I’m not just looking at you now. I can see you as a grandmother and a little girl. I hear your pulse, your tendons, the words you said to your mum when she was alive. I see the box you hid of her letters. Your old home and your gran as a girl in Rosslare. I can even see our boys on the boat."

"I’m already there too, waiting. You’re on your way, you’ll see it all. It’s so much more than we told you." His fingers caress my hand and we leave via the side door. And all the way back down the hall where the guys in the plaid shirts used to crouch, my phone screen is bubbling messages, lighting up the inside of the bin. Rattling the metal sides, just like all of the others. The rumble echoes down the corridor. Nobody ever comes back for the phones.

Alan Walsh is from Wicklow and works full time as a designer. He had a novel, Sour, published a few years ago and has just finished a new novel written during lockdown. He has had his short stories published in a wide variety of magazines.

Kissing Booth will be read on air by Bláithín Mac Gabhann. 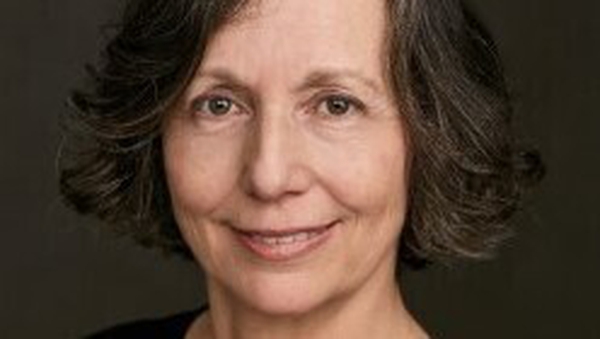 RTÉ Short Story Shortlist 2020: The Shape on the Strand