We're delighted to present an extract from Shannon Country, the new travel book by Paul Clements, published by Lilliput Press.

In August 1939 the Irish travel writer Richard Hayward set out on a road trip to explore the Shannon region just two weeks before the Second World War broke out. His evocative account of that trip, Where the River Shannon Flows, still sought after now by lovers of the river, became a bestseller.

Eighty years on, inspired by his work, Paul Clements – author of Romancing Ireland, the biography of Richard Hayward – retraces Hayward's journey along the river, following – if not strictly in his footsteps – then within the spirit of his trip.

Throughout my travels I have seen the river in different lights, becoming familiar with its many paradoxes as Ireland's most famous watercourse. Slow and ponderous, the Shannon is laden with memories, powerful in symbolism, prone to running rampant through fields and swamping houses, sometimes impeccably well-behaved and relaxed, other times tempestuously alive, unpredictable, twisting and turning, eroding and evolving, secluded, languorous, glimpsed yet neglected, at times frustratingly unget-at-able, filled with religious and cultural significance and, according to Celtic mythology, possessor of wisdom. Shannonsiders, I have discovered, are amongst the greatest talkers in the world, possibly since the Greeks. And people who love rivers love to talk about them.

The physiognomy of the Shannon has long interested scientists and rheophilics. In the mid-1950s, an American army engineer was brought in by the Irish government following severe flooding of the river. Colonel Louis Rydell, of the U.S. Army Corps of Engineers, had experience of taming the Mississippi down to New Orleans and was regarded as an expert on flood control. He spent considerable time working out the channels to be dredged in the Shannon and its tributaries and suggested an 'aggressive approach’. His report reflected the complexities of the situation: ‘Drainage improvements on one of the tributaries … might solve the problem, but by accelerating the flood-run-off might create another problem on the main stem’. He conceded the difficulties were immense, needing much further study, before he moved on to tackle the Indus in Pakistan. But he emphasised the navigation, fisheries, recreation and wildlife potential of the Shannon which he considered to be ‘one of the world’s great rivers’.

This accolade stands alongside many epithets that have been applied to the Shannon by writers, travellers, poets, musicians and other chroniclers. The most overused adjective is ‘majestic’, but it is also frequently referred to as ‘lordly’, ‘mighty’, ‘spacious’, ‘noble’, ‘slumbering’ or ‘stately’. The writer Richard Hayward in whose footsteps I am following, classified it as ‘the great mother river of Ireland’. The Kerry novelist, Maurice Walsh, who wrote the foreword to Hayward’s book, called the river ‘immense’. He said it once separated the Pale from Hell – ‘though there was a small dispute as to which side Hell lay’. The elegist of the Irish midlands, John Broderick, was less flattering referring in The Waking of Willie Ryan to the river’s ‘silent, menacing presence’. Writing in his autobiography Nostos, the Kerry-born poet, mystic and philosopher, John Moriarty, described the estuary from Tarmons Hill, near Tarbert, as ‘A grandeur of water … the Shannon flowing through it with a landscape that had in it a remembrance of Paradise’. In the final passage of James Joyce’s short story ‘The Dead’, he writes of the ‘dark mutinous Shannon waves’.

Amongst older Shannonsiders, the specific years of the never-ending battle of flooding are embedded deep in their collective cerebellum. The winter of 1954-5 saw the worst ever flooding with the Shannon Valley declared a disaster area and hundreds of families forced to leave their homes. Other serious periods included 1965-6, 1985, 1990, 1999, 2002, 2009-10, 2015-16 and February 2020. For those of an age to remember, much earlier years such as 1928, the area from Athlone to Portumna turned into a vast chain of lakes, and in the winter of 1924-5 it reached what were then record levels.

Aside from the 20th century, a litany of ‘worst’ water surge dates harks back to the nineteenth century and earlier. After the devastating floods of November 2009, Met Éireann described the rainfall during the month as a ‘once in a 500-year event’. Their prediction was wide of the mark by 494 years since just six years later – during the winter of 2015-16 – a similar inundation took place, while in February 2020 three major storms once again caused severe hardship in homes and businesses. Much of the flooding down the decades has been caused by bad planning allowing houses to be built on river flood plains. Although it is nothing new, the intensity of the storms with much higher levels of rainfall has worsened, creating a terrifying experience for locals with a dangerous and destructive potential.

The Crank road to Victoria Lock has a timeless quality about it. It passes a disused canal, ancient bridges, a long-forgotten derelict lock, and throws up mysterious and largely unseen watery worlds. For the length of its ten-kilometre course, the road bends, kinks and weaves with off-shoots leading down inviting boreens. It starts in a narrow fashion at the Liffey Mills in Banagher with little room for two cars to pass. Three kilometres later the road shrinks to a single track and degenerates into potholed tarmac with a grassy central strip. In the ‘olden days’ of the 1970s, drivers referred to them as potholes, but the new prosaic term is roads with ‘severe structural distress’ consisting of deep craters, crumbling surfaces and in some cases roads that are undriveable because of a plague of potholes. In a survey of the network of roads falling apart in all counties, Offaly notched up fourteen per cent and came second worst (after Monaghan with fifteen per cent). Shortage of money and bad weather have all played their part.

Instead of Shannonside Radio, I change frequency tuning into the Shannonside avian soundscape by putting down the car window. When I step outside, all around is movement and restlessness. There is an energising chill to the air which is fizzing with courtship and saturated in birdsong. Across the trees, hedges and fields a chain of chinking blackbirds echoes over the landscape reverberating off stone and metal bridges. Thrushes lift off the road ahead of me and in trees behind me the creaking woodwind note of the bullfinch competes with a percussion of robins singing from a hedge top with quavering runs

followed by fevered cascades. A wren enters stage right, a snatch of its chitter percolating through a bramble hedge, while a profusion of other birds flits through twigs in the serious business of insect food-searching. From a high branch comes the thin squeaking of goldcrests and chattering magpie shoots its lustrous blue tail up and down, surveying the scene. All along the road and waterways the songs are repetitive, comical and cackling as the birds try to find their rhythm.

The road is a watery world of hidden intimacies and the sub-river a place of quiet refuge. 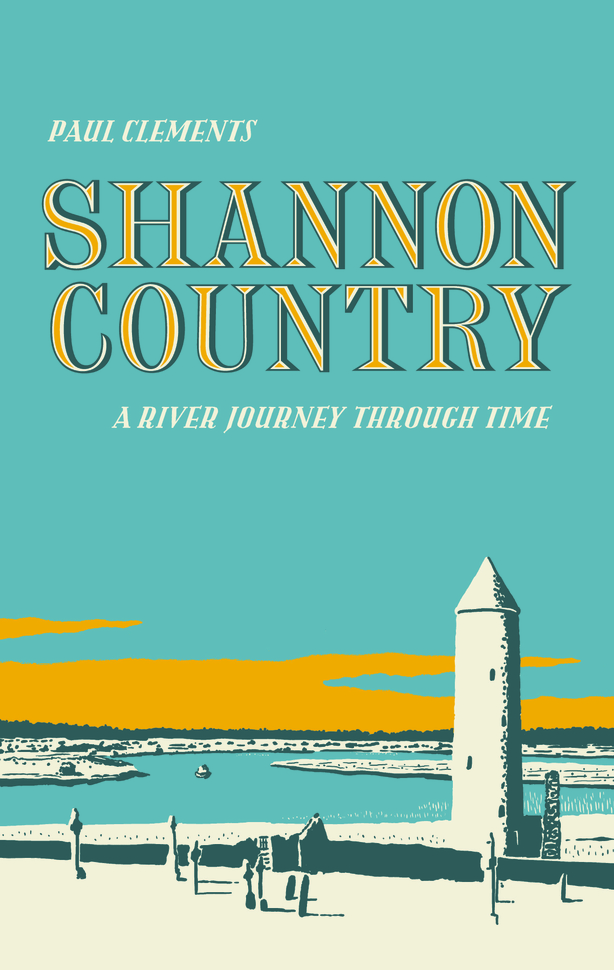 About The Author: Paul Clements is a literary journalist and author of the biography Romancing Ireland: Richard Hayward 1892-1964, published by the Lilliput Press in 2014 and adapted for BBC television. Shannon Country: A River Journey Through Time is his fifth travel book about Ireland and is out now. 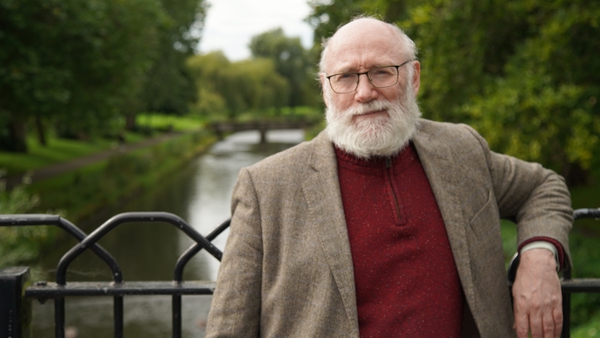