In his first-ever collection of short stories, Dermot Bolger peers under the veneer of our lives, delve into the secrets that bind relationships together or tear them apart, and create worlds where people find that nothing is truly certain. There are always truths just beyond their reach that would make sense of their lives, if they only know how to unlock them...

The memorial shrine began after the accident, with a single bouquet of yellow daffodils. They looked so inadequate, as a tribute to the seven-year-old girl knocked down at the bus stop beside my front wall, that I was tempted to add some blossoms from my own garden to the bouquet sellotaped to the buckled bus stop. But that would have felt intrusive. That's the word I’m seeking. On that first evening I felt trapped inside my own home, as if I’d trespass on someone else’s grief by just walking down my driveway to the footpath where the accident had occurred.

Thankfully when it happened my two young granddaughters, whom I mind, were in the conservatory and didn’t hear the collision after a French tourist lost control of her car. The car struck the girl while leaving her young mother unharmed, despite ploughing into my wall so hard that a section collapsed. The distraught mother barely seemed aware of my presence as I fetched a blanket, which I placed beside her to cover her child if she wished.

The yellow flowers accumulated in the following days: my footpath transformed into a site of pilgrimage for grieving strangers who kept sellotaping more flowers to the bus stop until it resembled those brightly decorated trees that stand beside rural holy wells.

My granddaughters knew that a girl had died outside my house; their friends saw the news footage. In the first week commuters were respectful at the bus stop, knowing they were standing in what was still the site of a public tragedy. That’s what my footpath had become, though in truth nobody owns a footpath. But the grieving mother seemed to feel a sense of ownership as she returned every evening to add more flowers to the withered bouquets. One night I went out. Not that it was my business but I felt sorry for her.

"Would you like to come in?" I asked. "You really shouldn’t be alone."

"My friends never stop calling," she replied. "Only here can I be alone with her."

We had tea in my front room. I thought she might want to talk, but she just stared out at the flowers, too self-absorbed to barely seem aware of me. When she rose I knew I would never go out again. Her pain was private. There was nothing I could do.

She arrived the next night with a scissors and I felt a surge of sympathy as she dumped every withering flower in a plastic sack, leaving the bus stop bare at last. I was glad she’d found the courage to move on. I also felt a guilty relief that my granddaughters would stop being reminded of a child’s death.

My relief lasted an hour before she returned with identical batches of supermarket bouquets to sellotape onto the bus stop. Her fresh start meant that only fresh flowers were to be displayed. Because grief makes you do irrational things, I tried not to blame her for constantly returning to tend to the bus stop with the same care as I tend my husband’s grave. But a bus stop is a public space and I was perturbed by a new development. She began arranging flickering plastic on the parts of my wall still standing, as if she needed to colonise this stonework too.

I resented my sense of space being violated, while trying not to condemn her. But a bus stop is nobody’s private shrine: it’s where commuters gather and schoolgirls gossip each morning. I needed to take back my wall and my privacy.

This was not to diminish her anguish. I knew the anatomy of grief. I nursed my husband through cancer, holding his hand in the hospice when he was petrified of death. When he died something died inside me. But I found the

strength to stand in church and retrain my emotions when accepting condolences. When I did cry – and I cried for weeks – nobody had to witness it, because I shut this front door to be alone with my grief.

My grief was private and yet it ambushed me everywhere, spilling out of drawers where John’s clothes remained folded. I nearly went crazy under the weight of grief, but here in the privacy of my house.

Privacy is not a dirty word. John and I lived our joys and pain in private. I don’t diminish that young mother’s grief. But it was no greater than the unspoken anguish of my mother who lost a son to TB without turning it into an attention-seeking pantomime. This sounds harsh, but you can only sympathise for so long, because we must move on with our lives.

This is what I was doing when I asked my old builder to repair my wall. The night he started work the young mother called to my door, panic-stricken.

"You’re fixing the wall," she said. "Can you wait another fortnight, please? You see it’s been hard to raise the money."

"I’m not asking you or anyone to pay for my wall," I said kindly.

"But Kim’s oval memorial photograph won’t be ready for another fortnight."

"Have you ordered a photo for her grave?" I asked, confused.

"I scattered Kim’s ashes on her favourite playground."

"Then where do you hope to put the photo?"

"On the wall. I don’t want anything fancy: just a marble plaque with her name and photo. I don’t expect you to pay. I’ll repair the entire wall. My friend is good with stone. We want it done right."

"It will be done right. By my builder."

"But can you trust him to insert Kim’s plaque properly?"

I kept my voice calm. "I’ve no plans for a plaque on my wall."

"But I’ll pay," she said. "For a whole new wall. Something classier."

"I don’t want a new wall." I tried to be reasonable. "My wall isn’t yours, do you understand?"

I thought she was going to cry. If she had, I might have relented. But when she looked up her eyes were perplexed.

"Then where do you expect me to put Kim’s memorial photo?"

"I don’t know. If there’s no grave, perhaps you shouldn’t have got one made."

"Are you telling me how to mourn my daughter?" she asked, infuriated.

"How could I when it’s not my business." I said. "It must be unimaginable to lose a daughter, but it happened outside my house by chance. I want no plaque and if I’m honest I don’t want flowers on that bus stop because my granddaughters hate being constantly reminded. Maybe’s its time you expressed your grief somewhere private."

"I’m sorry for your grandchildren."

"Reminders of death upset them," I explained.

"I mean I’m sorry they have an unfeeling cow for a grandmother."

She stalked away. I didn’t reply. It was better that she lash out at me than at someone close to her. I hoped she had family to comfort her. But really I hoped I had brought this business to an end. 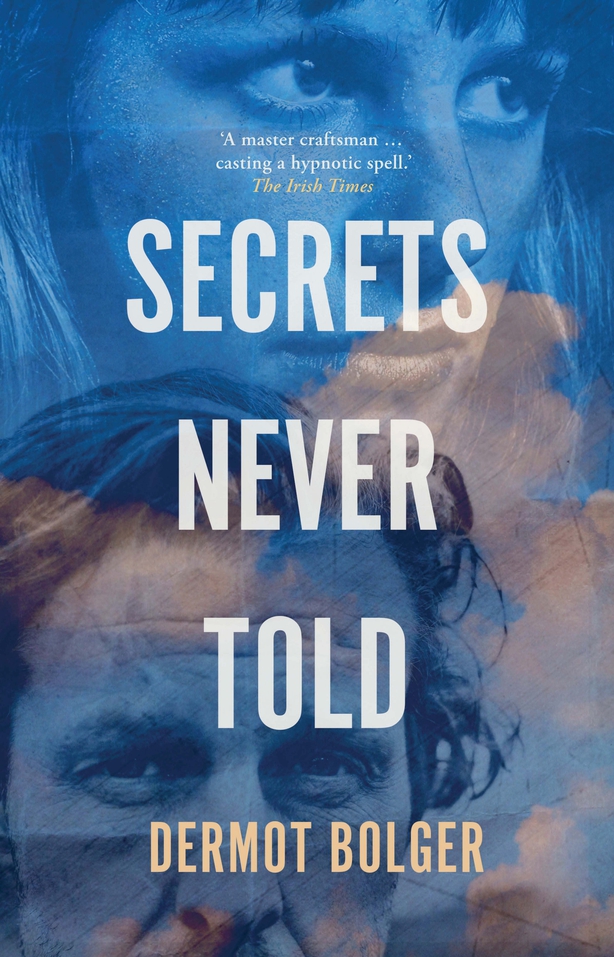 This is an abridged extract from Secrets Never Told by Dermot Bolger, out now from New Island Books. 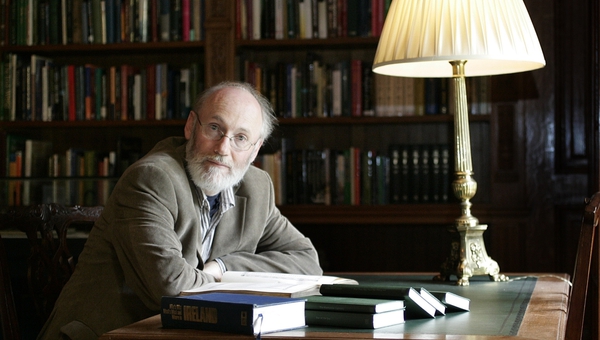 An Ark Of Light by Dermot Bolger - read an exclusive extract