Aoife Nic Cormaic introduces some of the best interviews and features from the popular Irish traditional music show on RTÉ Radio 1 - listen above.

Frank Harte was born and raised in Chapelizod in Dublin.  An architect by trade, his lifelong passion was song and song collecting - for The Rolling Wave Podcast, presenter Aoife Nic Cormaic spoke to Terry Moylan, editor of the new book A Living Voice - The Frank Harte Song Collection, about Frank and his great passion for song.

He collected many songs in his lifetime and though he sang and recorded a number of them he was also very generous in giving songs to other singers, believing strongly that no song should ever languish on the page but rather as Brendan Kennelly put it that 'All the Songs are living ghosts and long for a living voice.

Throughout his lifetime, he was a regular presence on radio and at festivals all over the world. He made nine albums including themed albums about the Irish famine, Napoleon and songs about Dublin. In 2003 he was named TG4's Traditional Singer of the Year at Gradam Ceoil TG4 and a year after his death in 2005 the inaugural Frank Harte Festival took place, a festival which continues today.

After Frank died in 2005, his friend Terry Moylan began the project of gathering Frank’s recorded songs together and the result of that work is A Living Voice - The Frank Harte Song Collection. The book features nearly 200 songs accompanied by Frank’s own notes from his albums and transcriptions of each song.

It’s a fantastic collection, as Donal Lunny puts it ‘an immortal monument to posterity, which few people can hope to equal. Built with love and passion by a lovely, passionate man’. 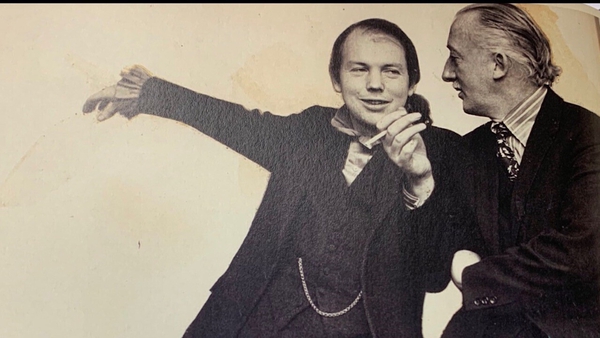