This October, audiences across Ireland and around the world will have a chance to experience a taste of the magic of the 2020 Wexford Festival Opera at home and for free, via RTÉ Culture and RTÉ lyric fm.

Due to the ongoing Covid-19 pandemic, this year's reimagined 'Festival in the air' will be an online celebration, starting on 11 October and running over eight consecutive days, aiming to bring together audiences and the wider worldwide Wexford community through the power of music.

You'll be able to watch and listen to a series of stunning opera performances - watch the live stream at RTÉ Culture, listen live at RTÉ lyric fm presented by Paul Herriott and catch up on RTÉ Player and on RTÉ Player's exclusive Wexford Festival Opera pop-up channel.

This performance of Rossini's Petite messe solennelle, considered one of the most remarkable compositions of his career, demonstrated by his use of beautiful, memorable melodies and rhythmic vitality, is dedicated to the memory of the victims of the COVID-19 pandemic.

Irish soprano Celine Byrne will perform in a very special dinner time recital from the stage of the National Opera House.

Six days, six episodes, 15 mins each – watch the story unfold. Giuseppe Verdi was inspired to write his final opera Falstaff, based on one of Shakespeare's most beloved characters, when he was nearly 80 years of age. The members of the Wexford Factory (a professional development academy for young Irish singers) will perform a six-part mini-series rendition of Verdi’s masterpiece Falstaff over six consecutive days. Follow the chronicles of the fat knight, Sir John Falstaff, as he attempts to seduce two married women in an effort to gain access to their husbands’ wealth.

Composer and Artist-in-Residence, Andrew Synnott's new opera commissioned by Wexford Festival Opera is based on the Shakespeare narrative poem, The Rape of Lucrece, about the legendary Roman noblewoman Lucretia. What Happened to Lucrece is written for four singers and piano, and will be performed on three separate evenings. Each performance will have a different ending; one tragic, one farcical and one romantic. Viewers are invited to vote on their preferred ending.

This year's Gala Concert, hosted by Artistic Director Rosetta Cucchi and RTÉ Lyric FM presenter Marty Whelan will feature performances from some of the most famous and outstanding stars from the opera world, all of whom have appeared in Wexford in the past. Wexford Festival Opera has historically served as a springboard for many young singers at the beginning of their careers onto the international stage and while they have gone on to lofty careers, Wexford Festival Opera has always remained in their hearts.  It is with great honour that we welcome them back to perform for you once again – from their homes to yours.

A special concert live from the stage of the National Opera House with the internationally-renowned American lyric coloratura soprano Lisette Oropesa, accompanied by the Wexford Festival Orchestra, conducted by Francesco Cilluffo.  Lisette Oropesa is one of the most in-demand lyric coloratura today and who has triumphed in various roles throughout the most important houses in Europe and the US.

A number of additional events will be streamed live during the Festival on the Wexford Festival Opera Facebook page - find out more about this year's WFO programme here. 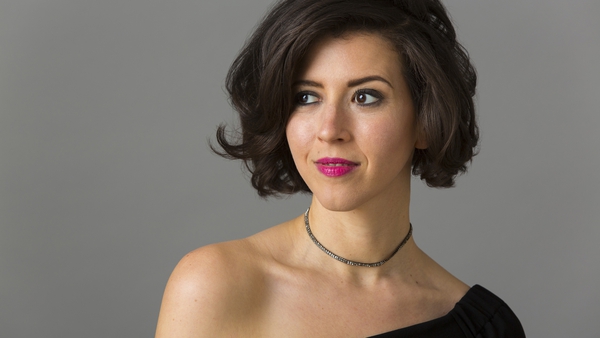