The RTÉ National Symphony Orchestra's new season begins with music by three classical titans bursting with memorable melodies and all the thrilling drama and power of a symphony orchestra at full throttle - listen above, and download your digital concert programme here.

Prompted by a visit to Fingal's Cave on the remote Scottish island of Staffa, Mendelssohn’s The Hebrides Overture exploits the orchestra to the full to create a musical postcard of unabashed romantic grandeur. Evoking the formidable majesty of the landscape and its mythic history, it brilliantly conjures the mighty Atlantic ocean crashing against Hebridean shores, whips up a tempestuous storm and can boast what has been called 'the greatest melody Mendelssohn ever wrote’.

In the 250th anniversary of his birth, we continue our celebration of the genius that was Beethoven, a force of nature, an innovator, a radical, a revolutionary. Cast in the mysterious key of B flat, his Fourth Symphony moves between shadowy suspense and tongue-in-cheek wit to song-like gracefulness, balletic nimbleness and a high-spirited high-wire finale of quicksilver contrasts and prancing humour.

Flute Concerto No. 2 in D 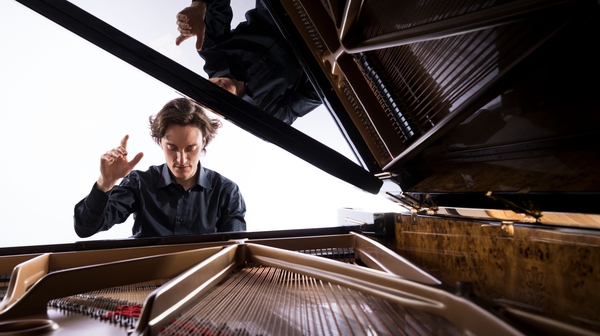